As for Java IDE, some like Eclipse, some like Net Beans, and others can’t stand the thought of anything which is not VI.

This page is intended for those who would like to use some sort of a graphical development environment, which does not require the use of ‘esc’+’:’ combination ;)

Select the main pom.xml located at the root of the ovirt-engine directory. It should then open the project structure on the left pane (there is a package-based view as well similar to Eclipse. In order to switch to it, select in left upper corner of the left pane: “view as: Packages”). It also detects automatically the project is working with Git and its settings, and the right click menu adjusts to the Git integration.

In order to use it in IntelliJ, please install the Eclipse Code Formatter plugin: 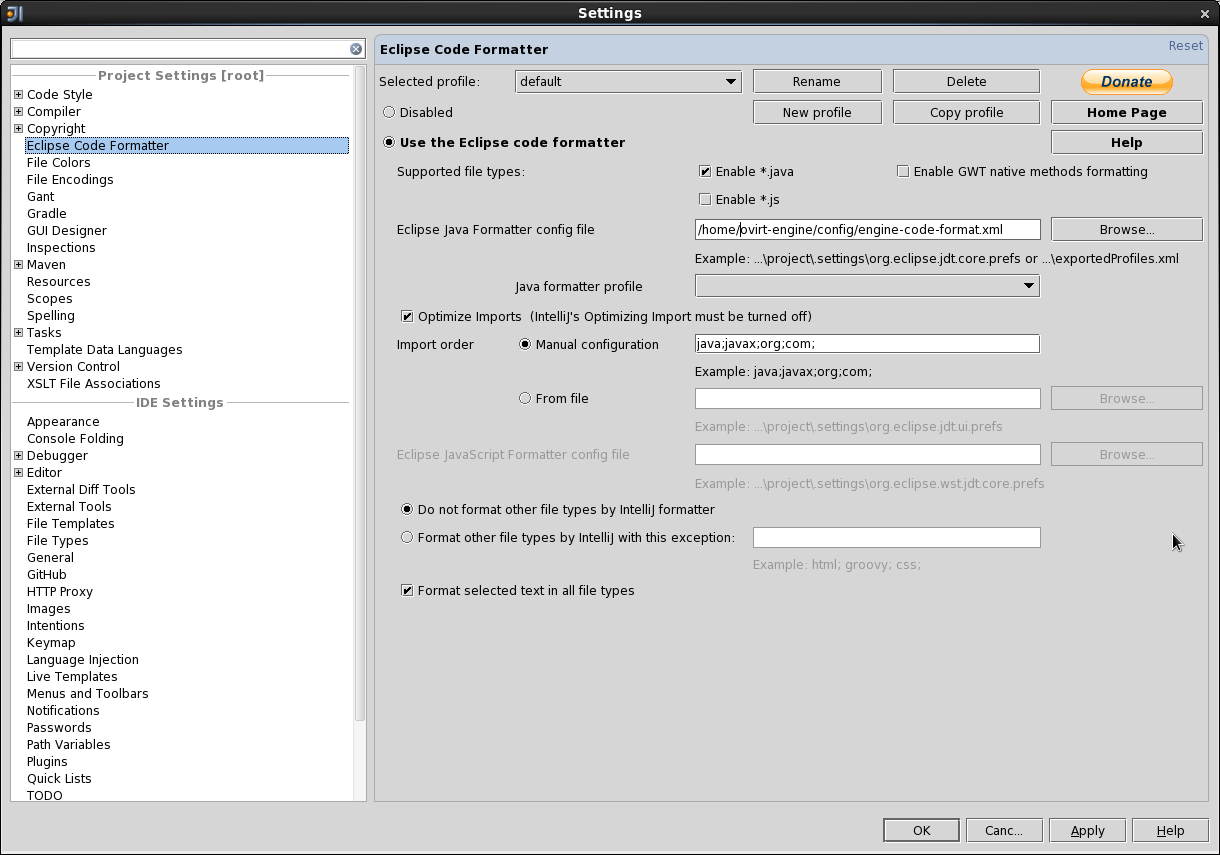 Set “use single class import” as checked, and “class count” and “name count” settings to 99

First, make sure that IntelliJ is pointed at the correct Maven configuration, especially if you have several different versions.

In order to benefit from the Maven integration and build the project from within IntelliJ , go to :

Now you can always select this configuration from the combo box in the main pane, and press “run” (the green triangle) - it is equivalent to running “mvn clean install … “ from the command line. 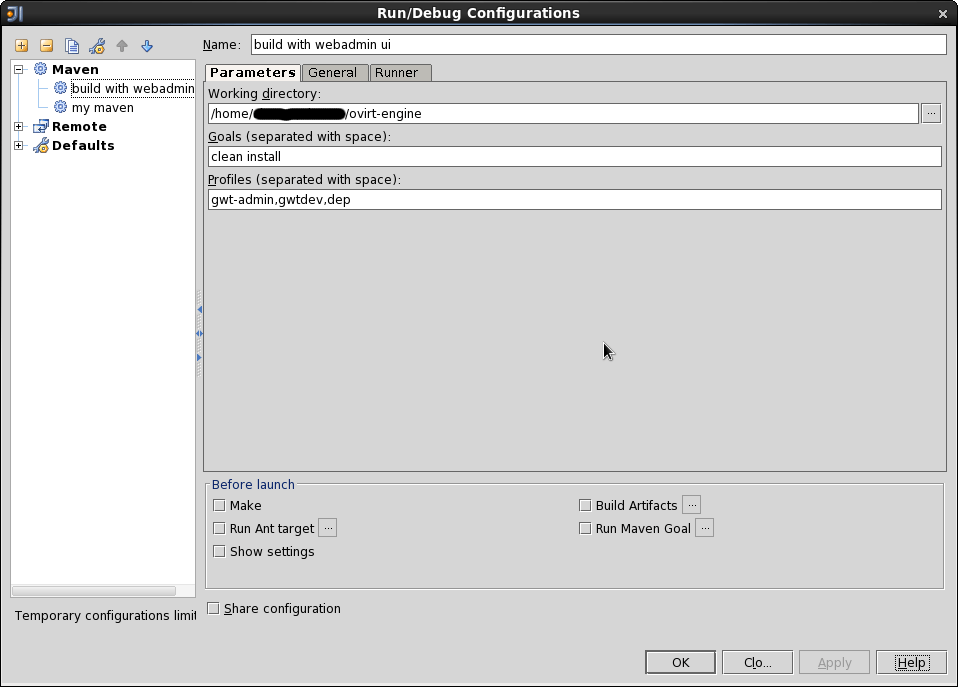 Some explanation: The cause of the problem is a corrupt jar in the maven repository, and the above removes all jars and re-downloads them when using maven. For more details read here.