Note: this feature is now obsolete: gdeploy is not used anymore; gluster-ansible is used instead.

With the introduction of Cockpit-oVirt Plugin in oVirt Node NG, it is possible to deploy hosted-engine using cockpit. But in a Hyper-Converged environment with Gluster, we still need to configure Glusterfs storage manually before deploying hosted engine. Gdeploy is an ansible based tool to deploy GlusterFS Servers. It can be used to deploy Glusterfs over multiple nodes.

This feature describes a mechanism to integrate gdeploy and Cockpit-oVirt Plugin to facilitate the easy deployment of Hyper-Converged Ovirt-Gluster environment.

The Cockpit-oVirt plugin is a Cockpit plugin which provides VM-centric monitoring and management of a host machine while taking advantage of already built-in admin functionality in the Cockpit. This also has a provision to deploy oVirt Hosted-Engine through Cockpit UI.

gdeploy package should be installed and running. gdeploy requires password less ssh from the gdeploy host to other hosts where we want to deploy gluster. This needs to be done manually before starting deployment flow.

Existing Cockpit-Plugin can be extended to support this feature and following will be the user flow for deploying a HCI environment using Cockpit.

HCI Deployment flow can be triggered by the option ‘HCI Deployment with Gluster’ in HE section of Ovirt plugin. This will open the following wizard which help to provide all the required information about the gluster deployment. 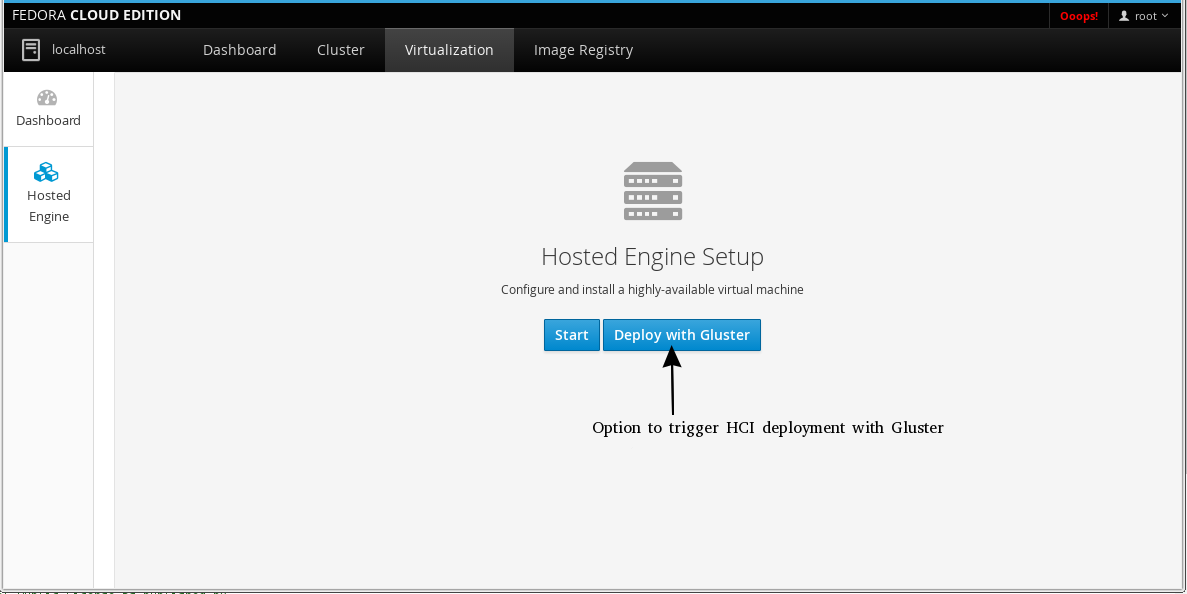 This wizard will have following five steps. 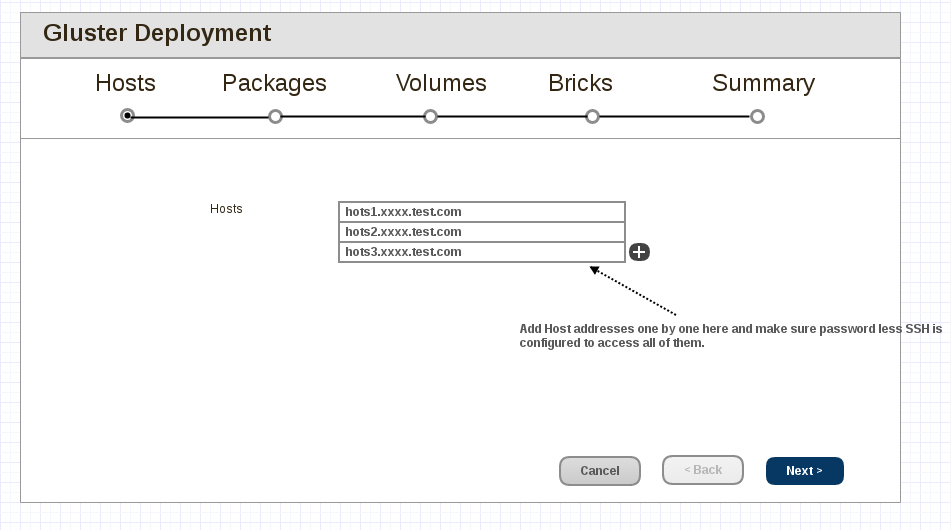 We need following changes to implement this feature.

We need to implement a config generation tool in java-script to create the answer files for ‘gdeploy’ and ‘hosted-engine’ deployment. This will be invoked from Cockpit UI plug-in with the gluster deployment details. This should generate following two answer files. cockpit.file module in Cockpit can be used to read/write/modify the config files.

HostedEngineSetup in current Cockpit-oVirt plugin doesn’t support passing arguments. We need to enhance this component to accept arguments so that we can pass the answer file to ‘hosted-engine –deploy’ command.