This feature provide the support for managing the asynchronous tasks on Gluster volumes.

Support managing the following gluster operations that run asynchronously, from the oVirt UI

User should be able to start any of these operations as follows:

Once started, a rebalance volume or remove-brick can be stopped while in progress. This can be done from the Volumes/Bricks tab depending on the operation.

User flow that’s given in “Rebalance Volume” and “Remove Brick” section, has been slightly altered after the UX team’s review. Though the functionality remains same, the menu and flows have been altered.

Pls. take a look at the flow description ( no images attached - only description ) given bellow to know the changes… Rebalance Operation related UI modifications

Now the “Rebalance” menu does not have any of the Start, Stop and Status sub-menu. And this menu would come before the “Optimization for Virt Store”.

The rebalance progress icon, will also have a drop down arrow, which can be clicked by the end user to get the context sensitive menu. Upon clicking that, a menu will be shown. If the rebalance operation is in-progress on the volume, then the following two menu items will be shown. “Stop” and “Status”. Otherwise, it will show only the “Status” menu.

If the user clicks the “Status” menu, then rebalance-status dialogue will be shown (it will be same as already given description bellow)

Few other items, that are modified in the course of Corbett are as follows : There is not a whole lot of change, but it makes sense to have them captured…. 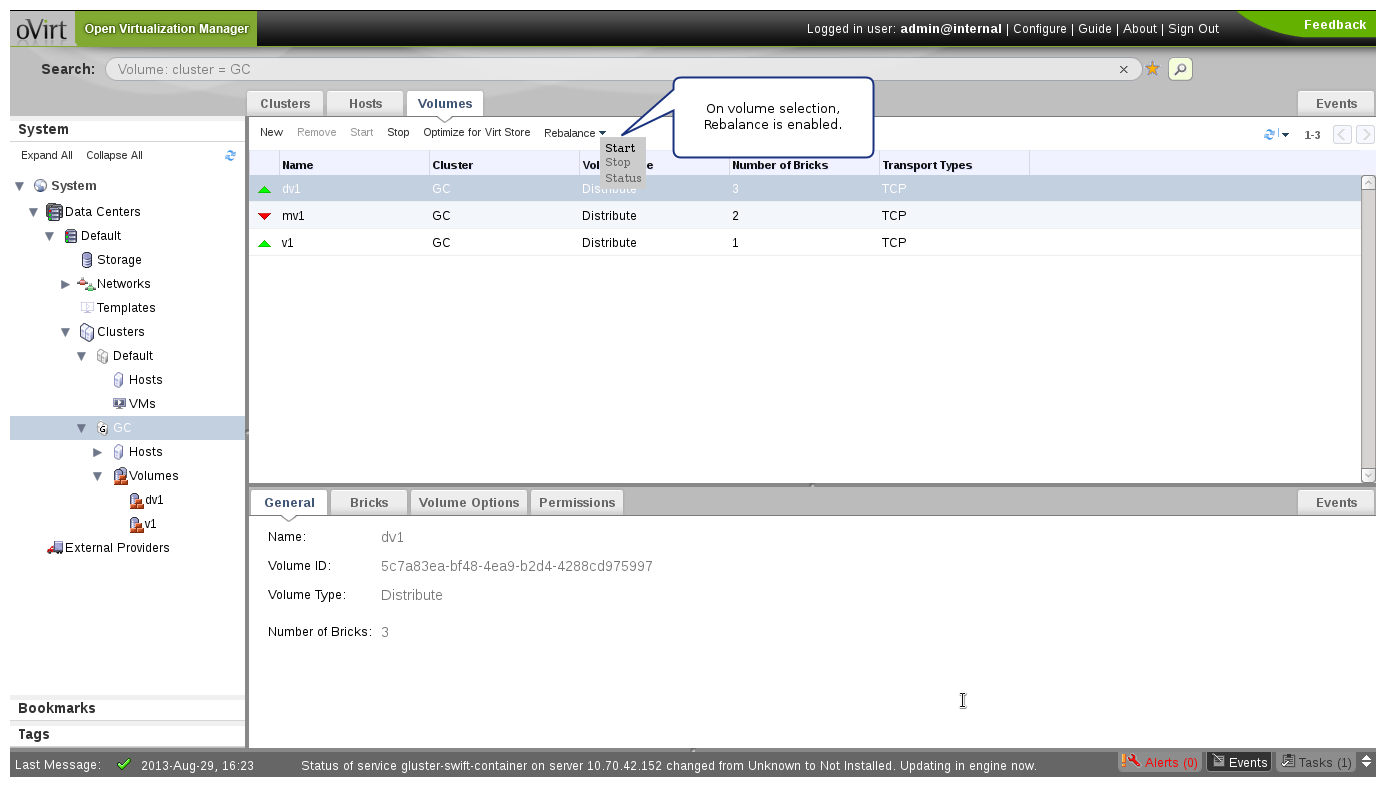 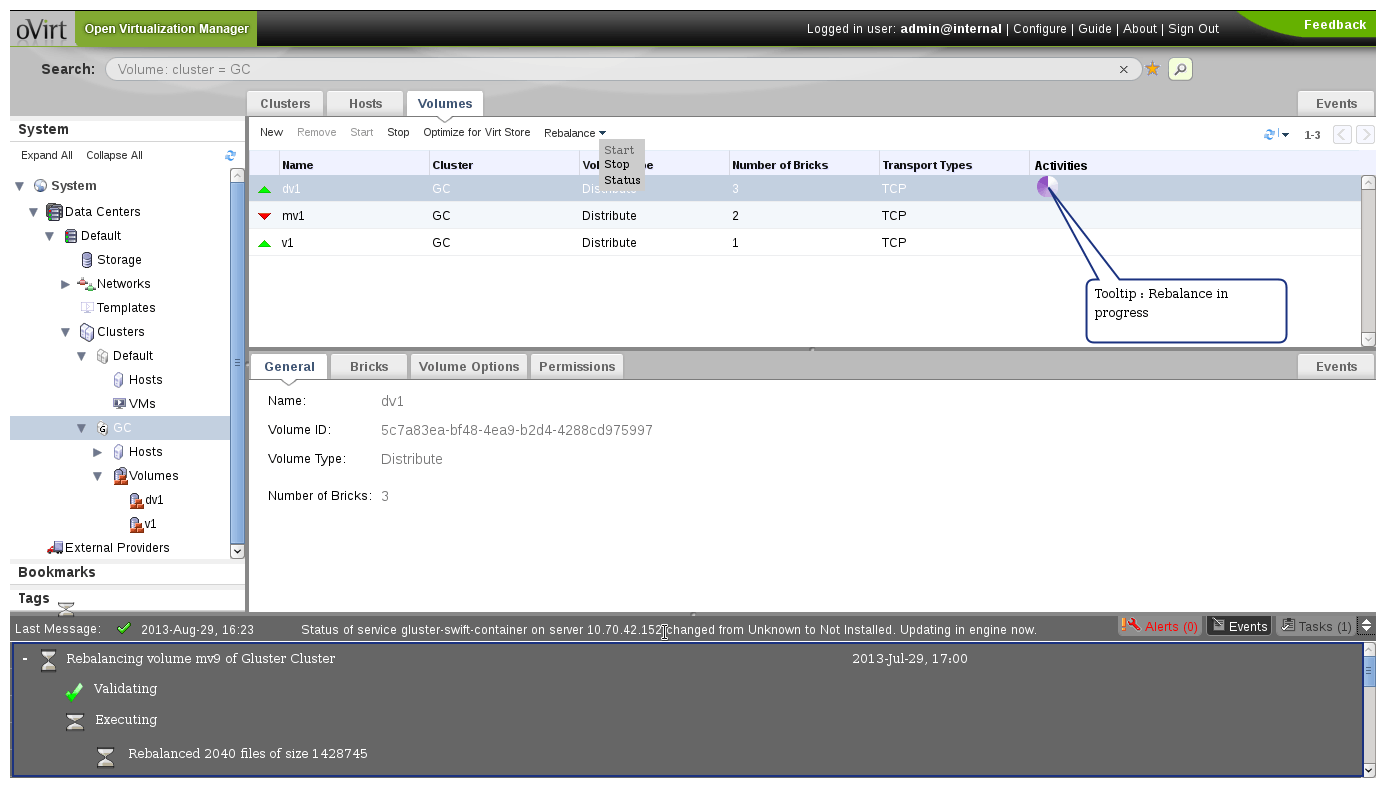 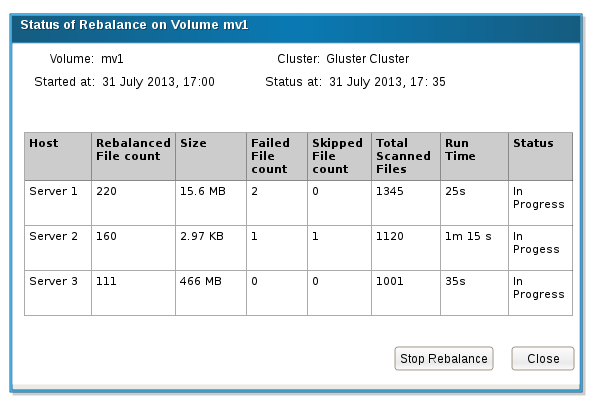 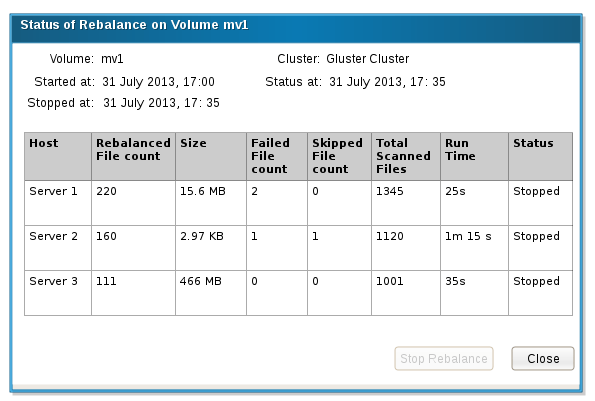 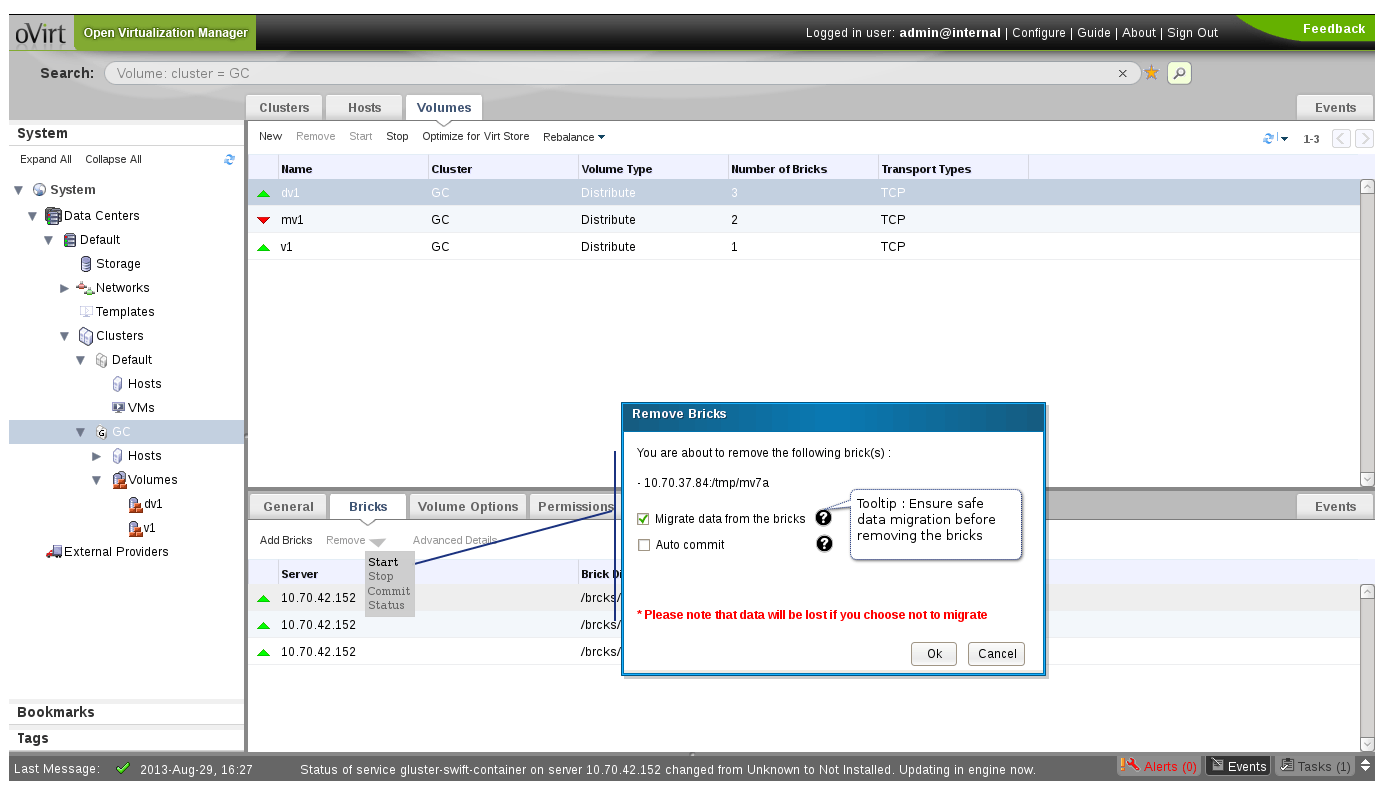 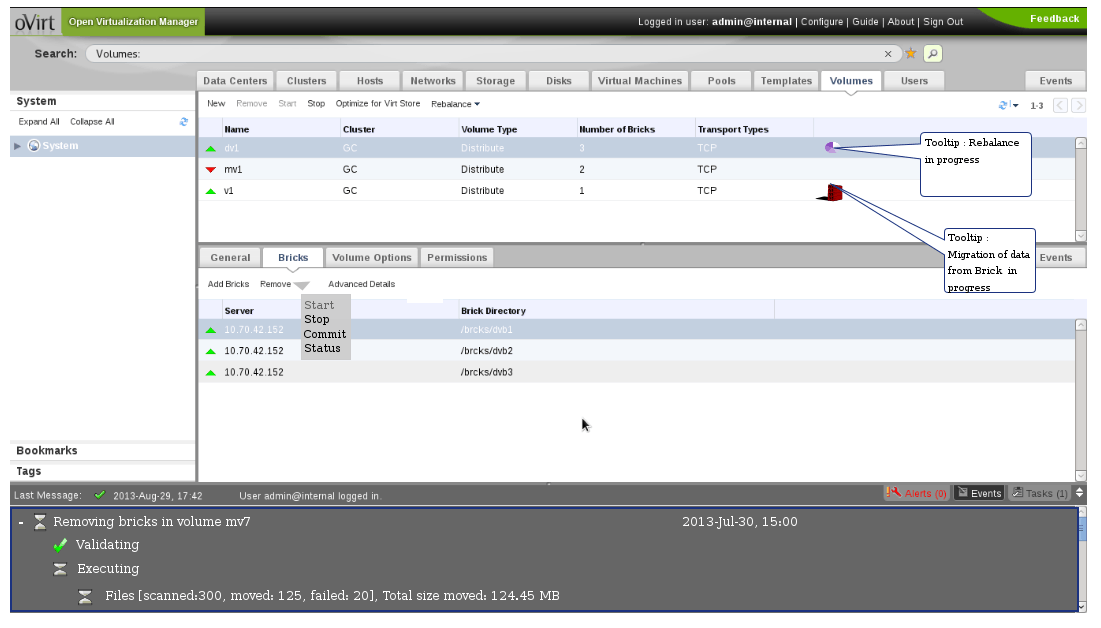 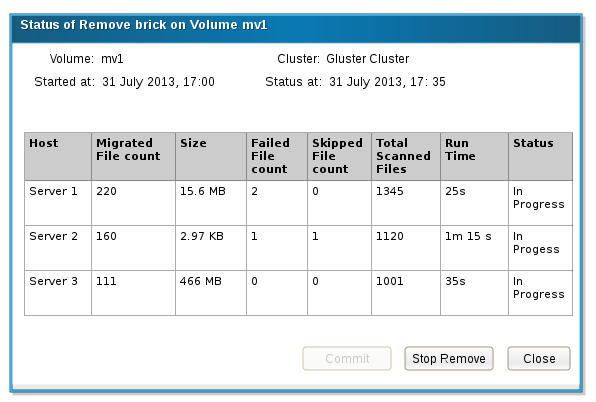 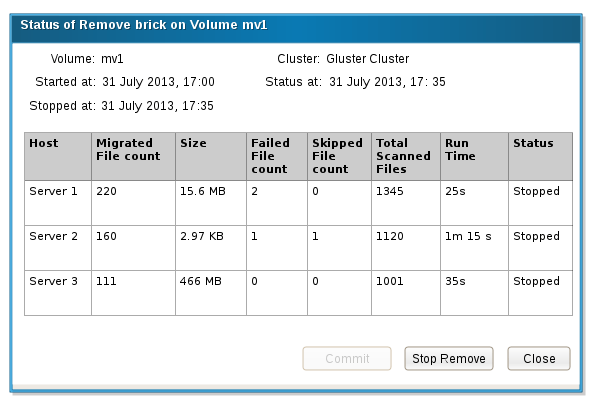