This feature enables to configure disk and storage devices in host. On Gluster cluster, this helps to identify bricks. The configuration includes

This feature enables Gluster volume creation and add brick to existing volume more easier and meaningful by showing list of bricks of each hosts. Now user selects bricks than typing them. Below is new screen for add brick. 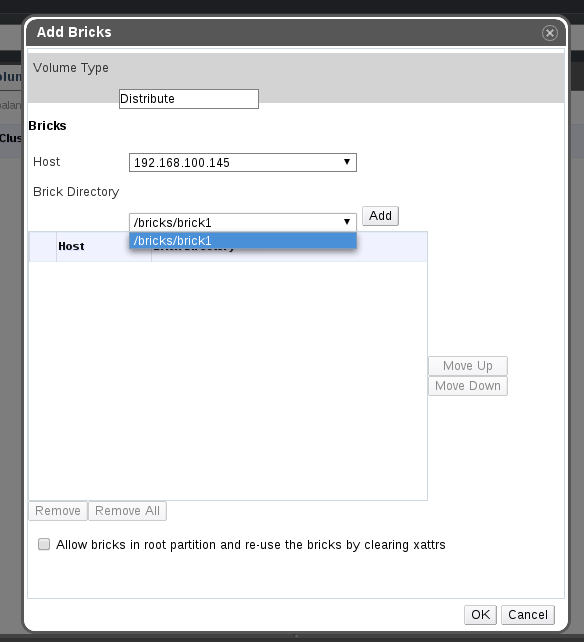