This Wiki page is going to summarize required changes for Async Task mechanism.

The current design is still a draft. There are other ideas for design for the task manager. The motivations should guide us via the changes process.

We should invest an ongoing effort to improve our Async Tasks mechanism at engine side. The following bullets present topics we should handle, based on current status + what we would like to obtain.

This mechanism is too complex and is error prone. We should instead persist the commands and their parameters - have a commands table, and for each command keep its parameters.

We should reuse command objects, and consider having Commands repository (hold in memory structure to hold ) - commands should be retrieved and re-used from this in memory data structure using their identifier (i.e - command ID)

This section will provide more details on the highlights explained above.

oVirt Engine is dividing into modules. The Async Task Manager code is concentrated mainly in the following modules:

The current module dependency is described by the following diagram:

At first, we should separate Async Task manager logic from bll, and create a new module for it. To create the new module the following steps should be taken care of:

At this point, the modularization diagram should look like:

However, This can be improved by having AsyncTaskManager depends on interfaces , as presented at the following diagram - 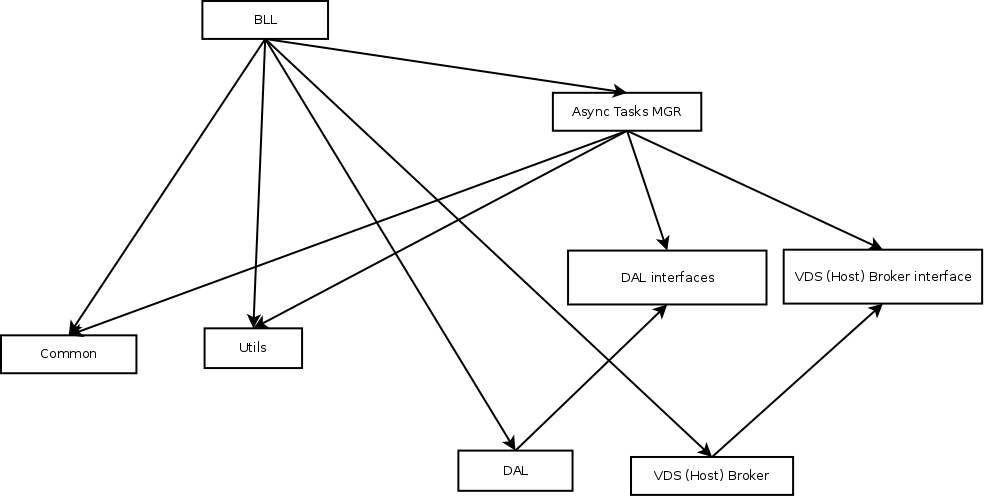 At this point , it is the responsibility of BLL to inject/pass Vds Broker and DAO objects to Async TaskManager module. 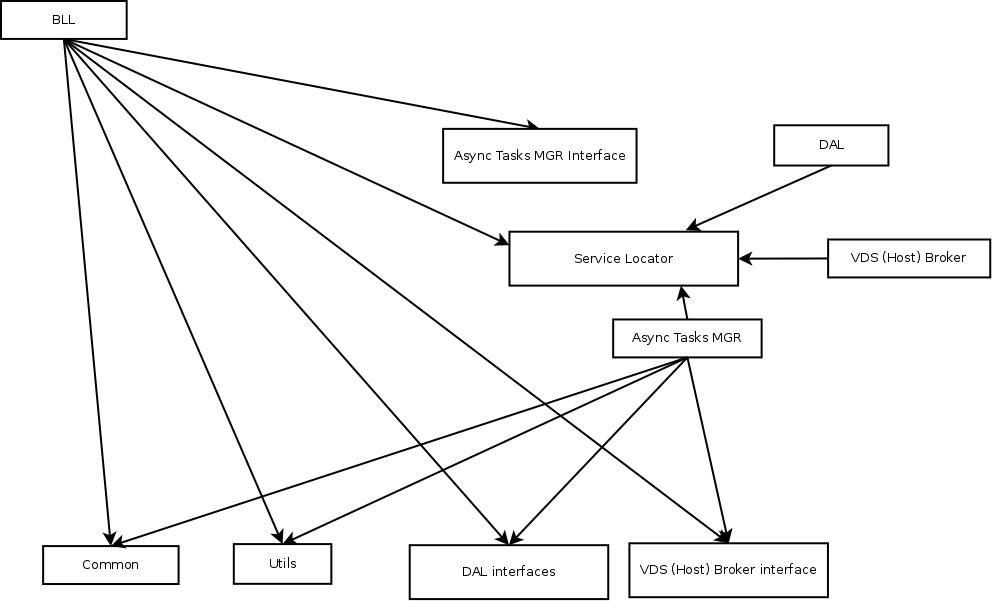 The coordination by entity principal is used from previous version, and was introduced prior to the introduction of Command ID (during the development of the compensation feature at 3.0).

Phase 1 will have to support the two “end of command coordination” approaches (to allow gradual moves). Due to the gradual move, it may be that a child command creating tasks (i.e - RemoveImageCommand) will be used by more than one flow (i.e - RemoveVm, RemoveDisk). Each flow command that uses “coordination by flow command” should be marked (either by annotation or by a method at CommandBase that will be overriden at concrete commands). Indicating that a Command Entity should be created for the command and persisted for it using CommandEntityDAO. For example - for a flow of RemoveVM, the commands table (see further explanations) will have the records for the following commands - RemoveVM, RemoveAllVMImages (child of RemoveVM), N instances of RemoveImage (children of RemoveVM, one per image). The decision on which “end of command coordination” policy should be used can be passed to the child commands using the CommandContext of the command. 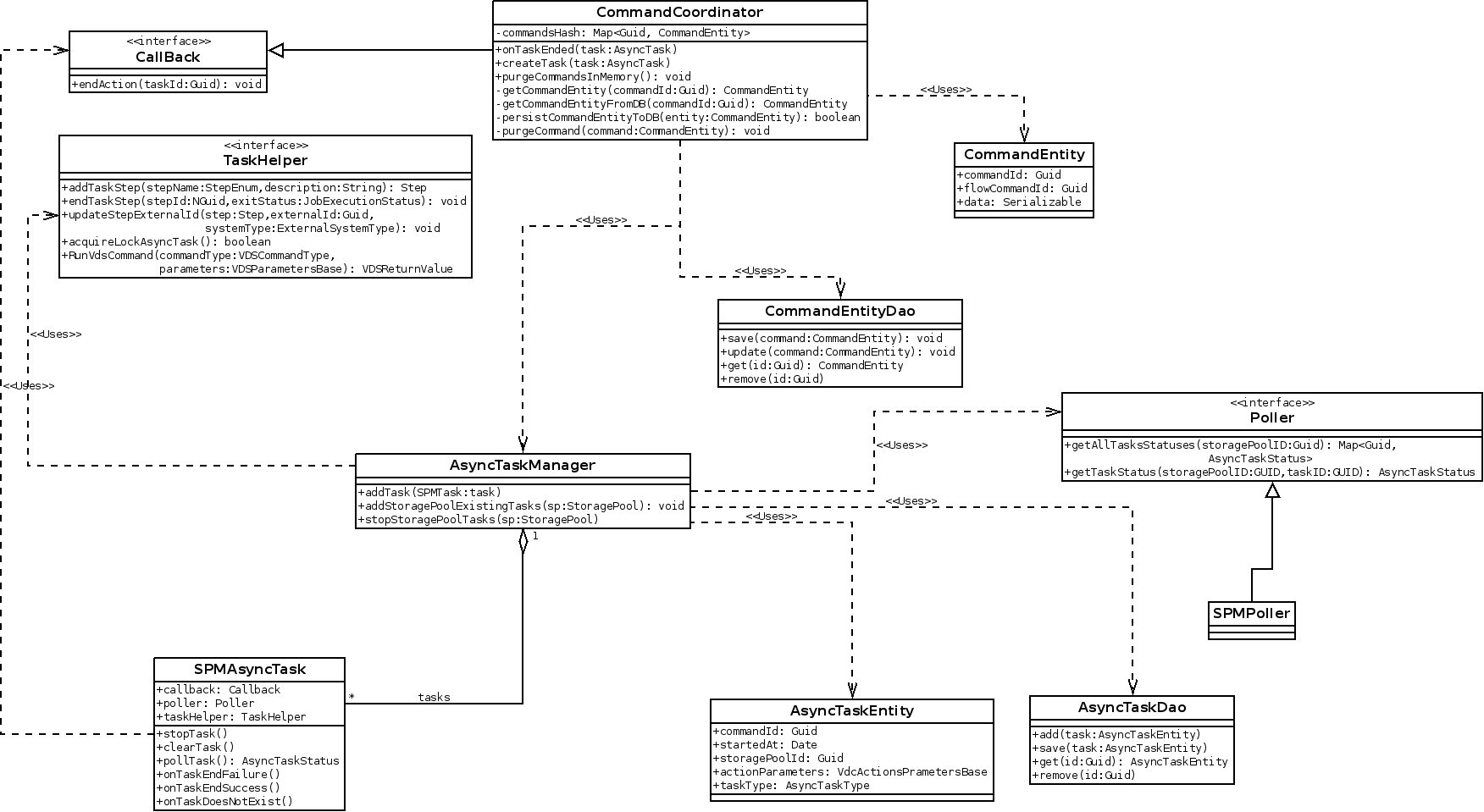 Introduction of CommandEntity which contains the fields:

Introduction of commands table that will include the following records:

Working on the changes