The feature will allow oVirt users to clone VM from a snapshot of another VM. A clone from snapshot will create disks at destination VM that are a collapsed copy of the images at snapshot chain (the start of the chain is the first snapshot, the end of the chain is a the selected snapshot) Main feature page can be found at: CloneVmFromSnapshot

Clone from Snapshot will give the ability to perform a clone of a VM or a VM template , based on a snapshot of a given VM. oVirt-engine core will copy and collapse the images in the snapshot chain (the chain begins with the 1st snapshot, and ends with the selected snapshot). In order to provide information on the VM or VM template to be created for the UI, UI will execute a query that will retrieve the VM and its disks configuration given a snapshot ID. The UI will use the retrieved configuration as default values for the user to be modified.

Describe how the feature will effect new installation or existing one.

Example of flow (assuming a VM was created with two disks): 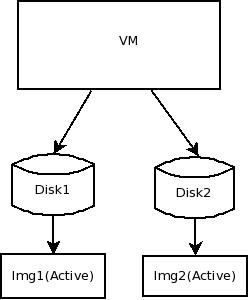 The next figure shows a snapshot was made, having now two images serving as the active images: 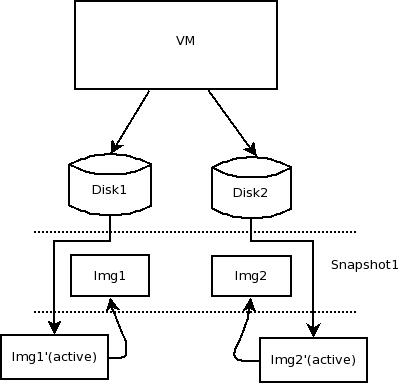 In a similar way, more snapshots are created (Snaphost2 will be the one used for performing the clone): 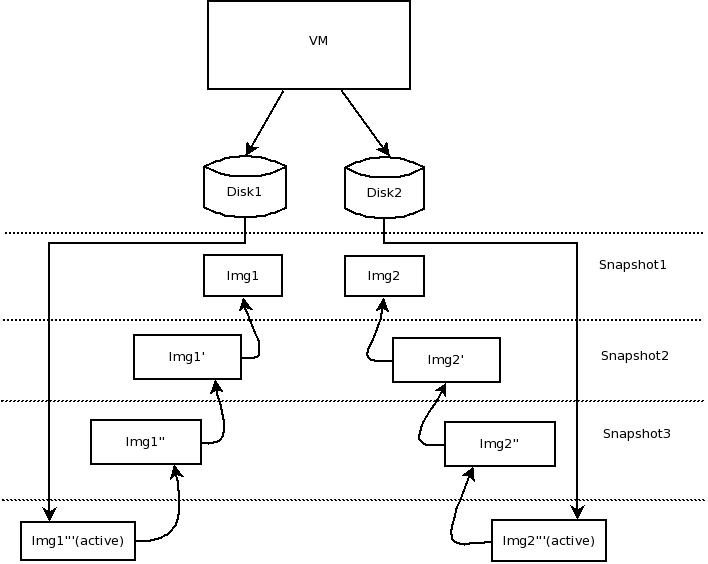 The Clone from snapshot will be performed the following way: .1. A user selects snapshot2 and selects a “clone from snapshot” operation from UI. .2. oVirt-engine core queries for VM configuration, providing the VM configuration as default values for the user to use in order to provide the new VM information. .3. The user will override the default data values (the user will have to provide a new name. UI will suggest a new name in a format of “copy_of_OLD_NAME”) .4. The user will initiate the beginning of the clone operation. .5. New VM entity based on the passed data will be created. Some VM related data will be cloned from the original VM (i.e NICs) .6. Copy & collapse all images at snaphsot2 and their ancestors will be carried out by oVirt-engine .7. Association the copies of the disks with the VM clone will be created This can be seen in the next figure:

The feature depends on the following projects:

This class is the parameters class for the AddVmFromSnapshotCommand This class uses the following fields:

The diagram provided below is a class diagram for the GetVmConfiguraitonBySnapshotId. This query will be used in order to obtain the Vm configuration (VmStatic + disk info list) by the snapshot the user has selected , to be used as a source for the clone.

=== Documentation / External references === Is there upstream documentation on this feature, or notes you have written yourself? Link to that material here so other interested developers can get involved. Links to RFEs.