Katello is a content and life-cycle host manager. oVirt can leverage Katello capabilities to report errata information for hosts, vms or for the ovirt-engine server. Integration with Foreman was introduced in 3.5. Integrating with Katello (which is based on Foreman) extends it to support also the content management of the physical or virtual hosts.

The Katello integration supports presenting available errata to the user, for both hosts or for the ovirt-engine server. See the following figure for the topology: 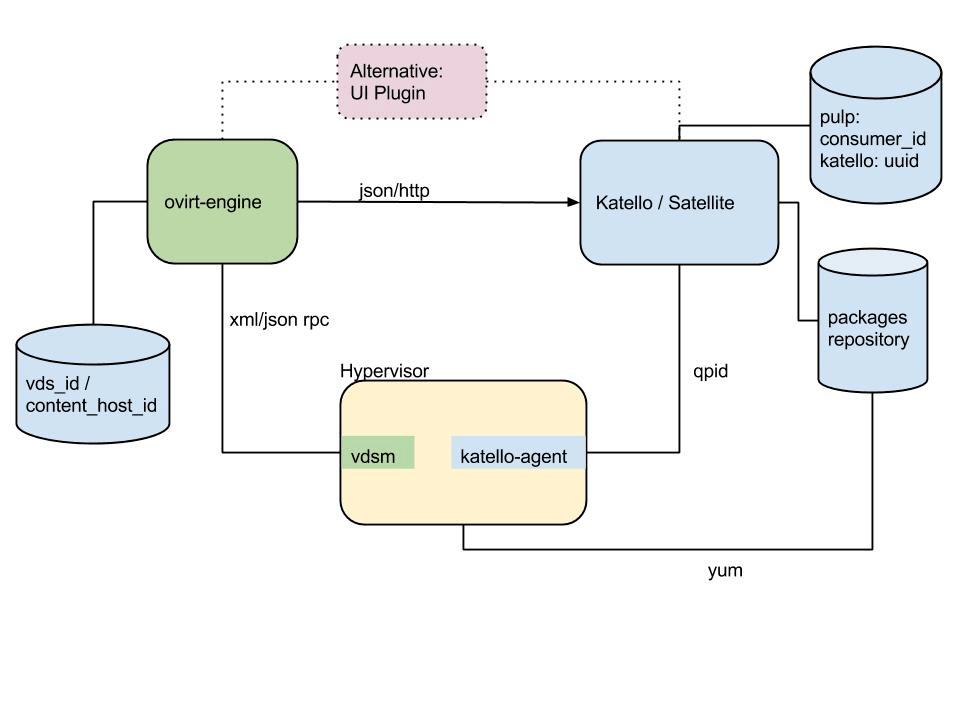 Errata information is not stored on the engine server, rather being queried from the Katello server each time it is requested by the administrator. Erratum includes the following details:

Any host should be registered to Katello and properly configured:

The hosts are being identified at the Katello engine by their host name. Hence hosts added by their IP address to the system wouldn’t be able to report errata - since there is no measure to identify them within the Katello system. The motivation for reporting errata for hosts with host name (FQDN) in the system is to dismiss the need to maintain the external content host id on the ovirt-engine side as well. 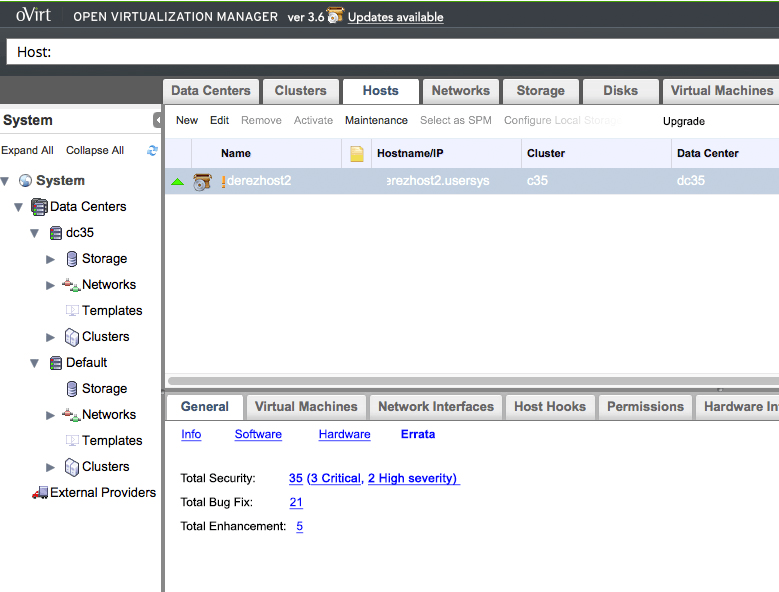 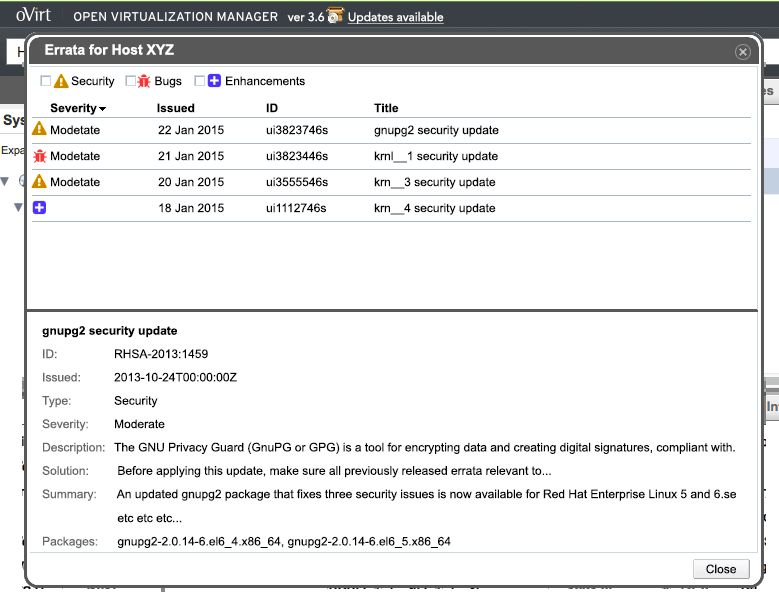 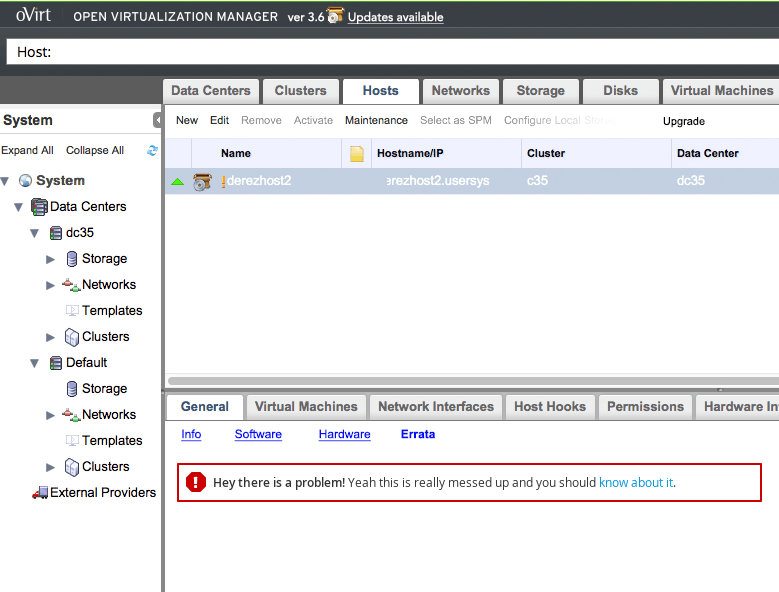 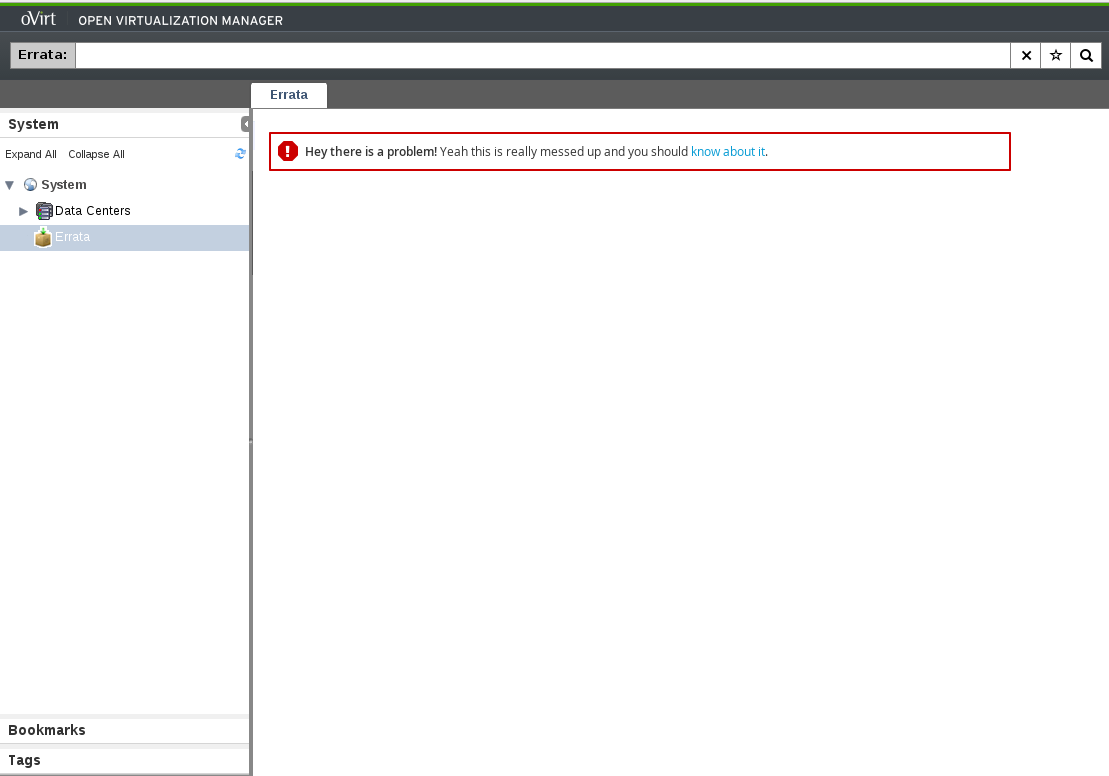 Since the expectation is to have very few ‘Foreman’ providers (or a single one), instead of managing registration of the ovirt-engine server to a specific provider, the system will iterate over the providers and will try to match a content host within Katello by the ovirt-engine host name.

The errata for the ovirt-engine server will be added to the ‘System’ tree: 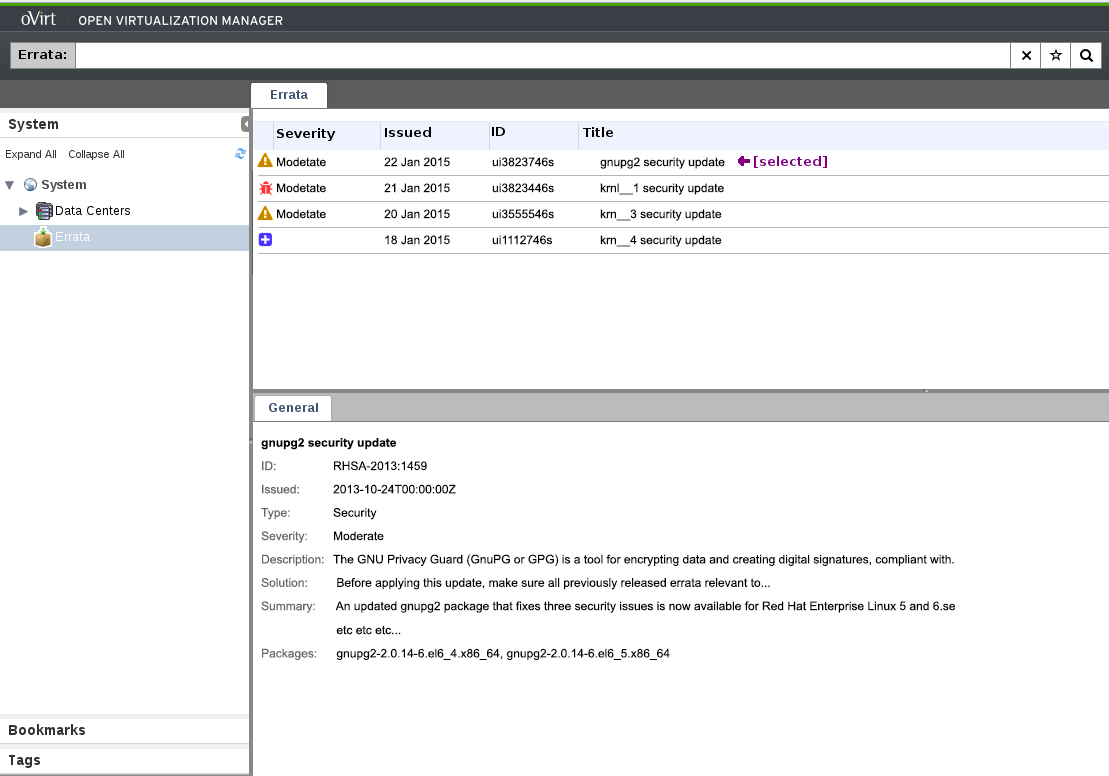 ovirt-engine will use the Katello/Satellite api for accessing the content host by its host name. Once the host is found, the engine will send another request for its errata information. The GET request is sent to the following url: https://{katello_server_name}/katello/api/v2/systems/{host:id}/errata?search=type=bugfix%20or%20type=security&per_page=20&page=2

Here is an explanation for the queried URL:

The request above produces the following response:

The response provides the following information:

oVirt will allow the administrator for view from a single system the availability for errata, categorized by their severity, for the ovirt-engine itself or for its managed hosts. The Host administrator could be updated about available errata and their importance from the same dashboard which he uses to manage the host configuration.

oVirt extends ‘Foreman’ Integration to support also host lifecycle and content management by integrating with Katello. oVirt adds support to report Katello errata information for the vms or hosts in the system and for ovirt-engine server.