Currently, oVirt Engine has an ability to run an asynchronous task on the SPM. When the task completes, AsyncTaskManager re-creates the command and calls its endAction(), which is pivoted to endSuccessfully() or endWithFailure(), depending on the result of the SPM task. This feature aims to extend this behaviour to allow an engine command to fire a series of asynchronous SPM tasks in order to allow complex flows (e.g., Live Storage Migration, proper error handling in Move Disk) to be implemented.

This feature will break the coupling where an engine command equals an SPM task. It will allow the engine to manage complicated asynchronous flows, possibly across several hosts. 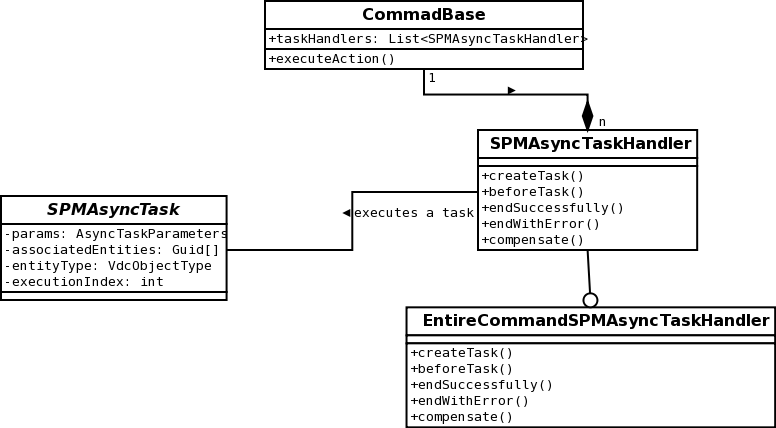 A new property, executionIndex (int) will be added, to signify the position of this task in a command’s flow.

This new entity will represent how oVirt engine handles a single SPMAsyncTask, instead of how it’s handled by CommandBase today. Its methods:

CommandBase will hold a List<SPMAsyncTaskHandler> to manage executing of SPMAsyncTasks. Basically, execute() will iterate over the handlers and execute each. See details below.

This is a dummy class to mimic the old behavior of command base under the new design. It holds a reference to the wrapping CommandBase object and implementa SPMAsyncTaskHandler as follows: 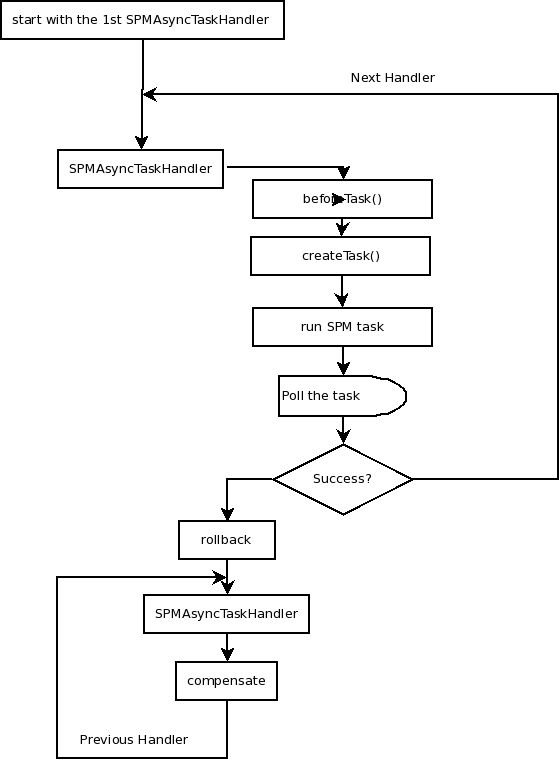 Instead of calling executeCommand(), CommandBase will iterate over its SPMAsyncTaskHandlers and execute them. The default EntireCommandSPMAsyncTaskHandler will simply call the command’s executeAction() for backwards compatibility. For each one, CommandBase calls beforeTask(), and then fires an SPM command according to createTask(). When the command ends, AsyncTaskManager wakes up the handler, and it runs endSuccessfully(). CommandBase then starts the process over again with the next handler.

Note: the treatment of HSM commands remains synchronous, as has no bearing on this proposed feature’s design.

See the execution flow above. When an SPM task fails, the relevant handler is awoken, and it calls endWithFailure(). CommandBase then iterates in a reverse order, and calls each handler’s compensate().

When JBoss starts, task polling is restarted (as before this change). The only change is that now tasks are now persisted with their executionIndex, so when a tasks completes the command issuing it can be resumed from the correct place.