A Task Manager is a monitor which shows the current actions running in ovirt-engine and tracks their progress. It also capable of presenting completed commands for a period of time. The current design describes tasks monitoring. Task Manager feature page

A Task Manager is a monitor which shows the current actions running in ovirt-engine server. It provides transparency for the administrator regarding the actions, their progress and status. The actions will be presented in the WebAdmin a Tasks view, where the status and progress are monitored. The Task Manager will monitor actions and their synchronous and asynchronous tasks.

The job supports the following scenarios:

The requirements for feature are as follow (V2 refers to future version):

This section describes the backend design for this feature.

The following entities/components will be added:

@NonMonitored declared on a successor of CommandBase clsas. Defines whether a command should not be monitored.

The following class diagrams describes the entities participating in the the Task Manager feature: 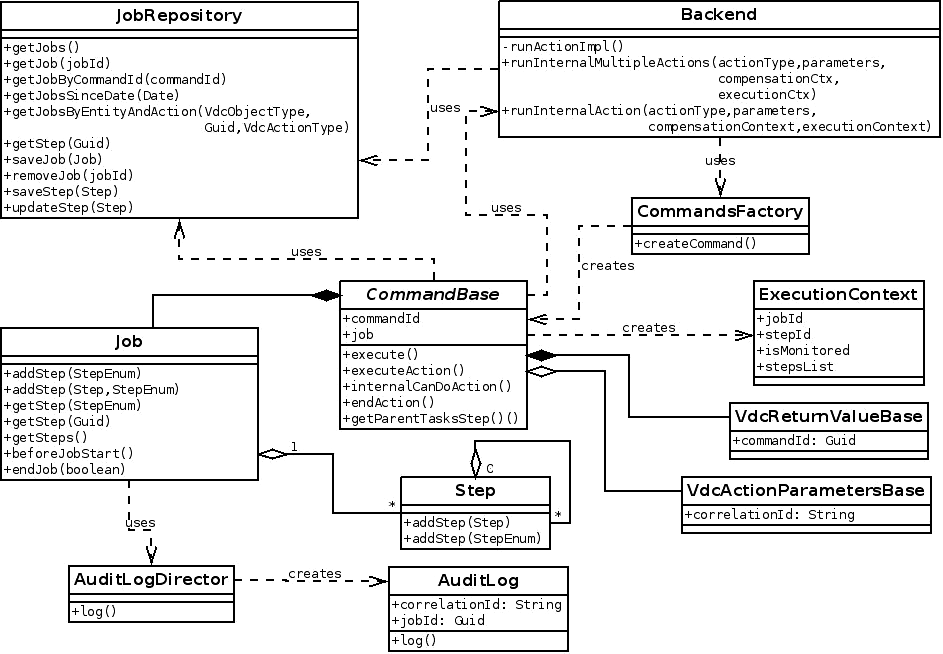 The following class diagram focuses on the Job and Step entities:

STEP represents a step of a job:

JOB_SUBJECT_ENTITIES_MAP Describes a relations between entities (VM, Host…) to a job:

AUDIT_LOG An extension to the existing table to denote the job which the event participate in:

ASYNC_TASK An extension to the existing table to associate a task with its Step:

When a user sends a request to the backend for running an action, the backend creates a command(s) according to the type and parameters provided by the client. A persisted Job entity is created to describe and monitor the command and the rest of the action, followed and referred in any step during the command’s lifetime till job is completed. Once completed, the job will be cleared from database in respect to the maintenance configuration of the Jobs.

The backend commands are divided into two categories:

The following sequence diagrams describe how the interaction of the new entities in the existing flow in order to support the monitoring: 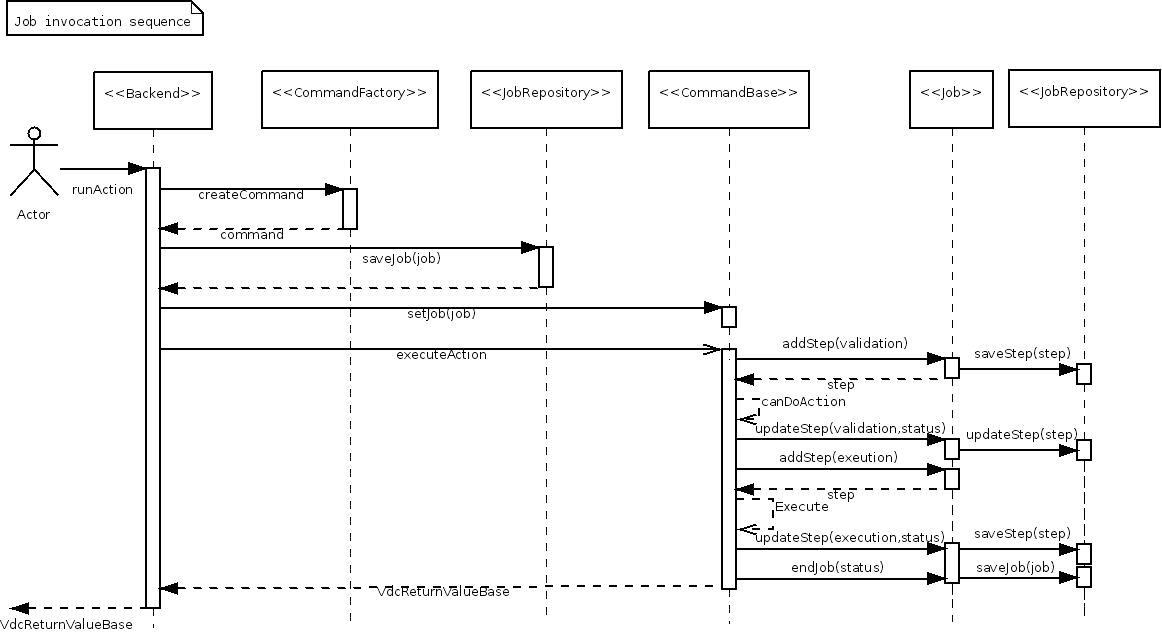 The sequence above describes invocation of sync-action: 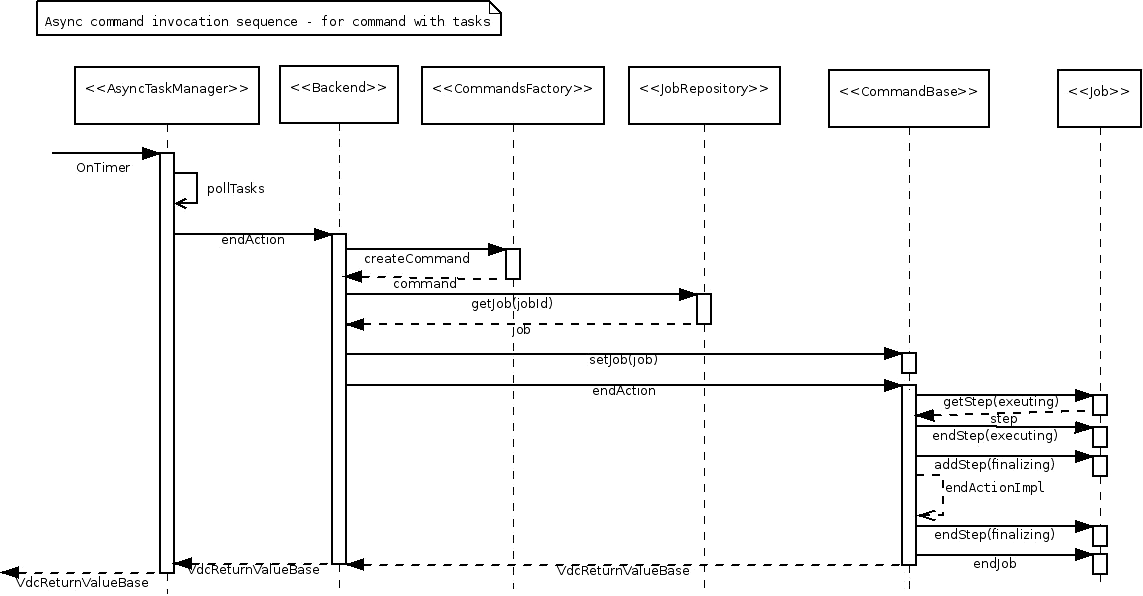 * When command has tasks, it shares the same sequence as the previous sequence, except the last step. The async command will be resurrected by the AsyncTaskManager once there are no more active tasks for the command and will execute the CommandBase.endAction() for that command, in which the final state of the command will be set. 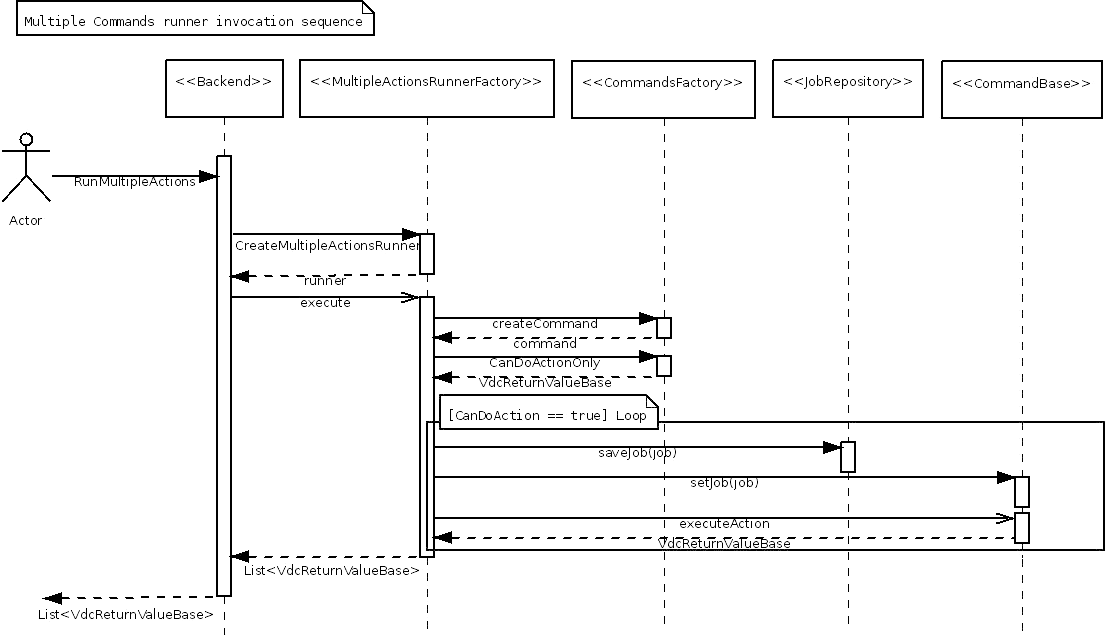 Job for a command with VDSM tasks

The following skeleton describes the information which should be presented for a Job which describes a command with tasks. Each task will be presented as a step. By default the VDSM tasks will be added under the execution step, but this could be customized. Each step holds the id of the task it represents and the opposite. The mutual reference enables each completed VDSM task to update the Step with its status, and in the future to control from the Task Manager how the task should operate: change priority, cancel or other management action. The FINALIZATION step appears since some commands perform additional actions once all tasks are completed which we’d might like to reflect to the user.

Maintenance of the Job

When Backend is initialized, the non-completed jobs are being examined for their statuses:

Event log will be extended with two fields: job_id field designed to describe the job which the current event is part of. Once the Job is cleared from the database, the job_id will point for non-existing job. correlation_id associates the event with the global identifier of the action, which the event participate in.

No REST API support for Task Manager in v1. 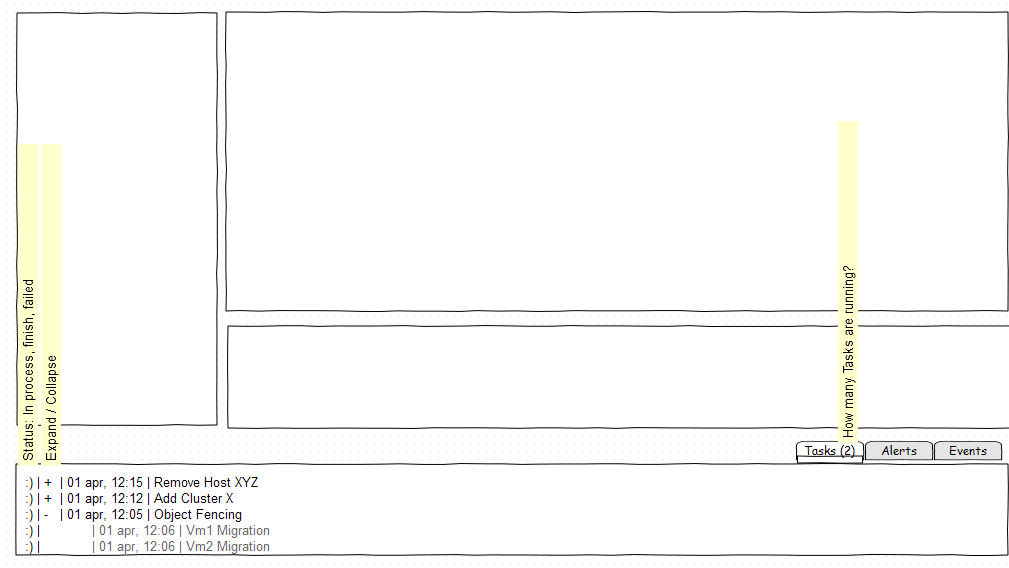 Tasks sub-view for a specific entity: 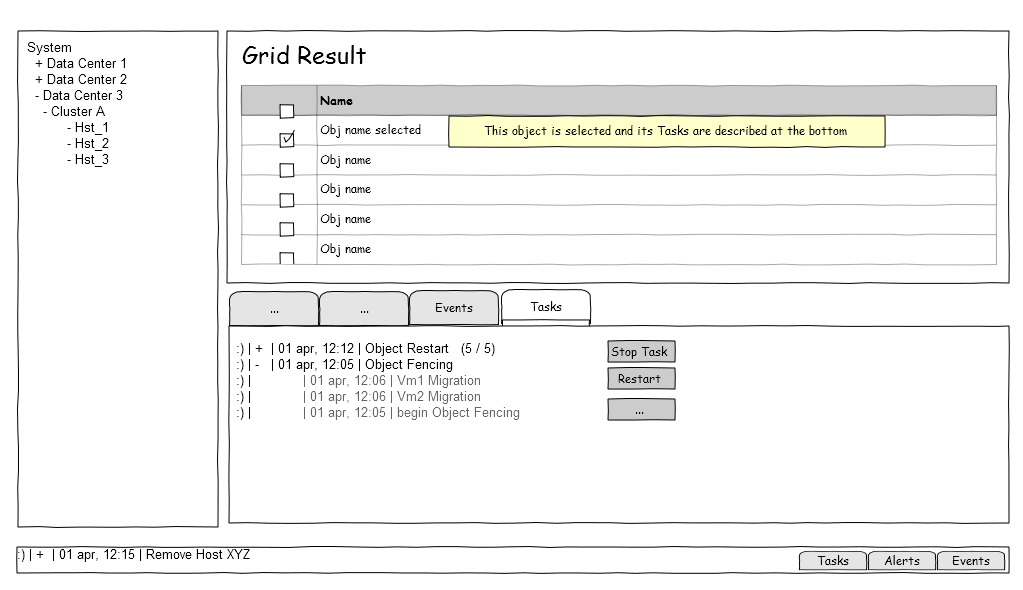 Real layout of the Tasks sub-view:

Sorting Jobs in Tasks view by criteria of started-time, last-update-time and status: 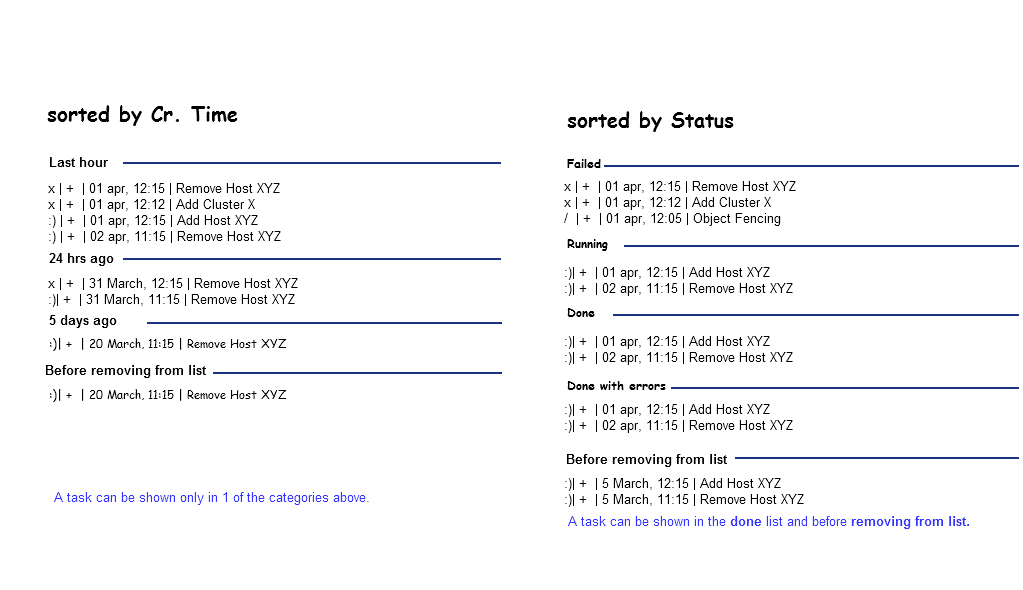 Describe how the feature will effect new installation or existing one.

The Task Manager is depended on the Internal Locking Mechanism feature Features/DetailedLockMechanism.