Currently importing a VM from an external source might result in a non-functional VM from the network perspective:

The feature intends to solve the mentioned problems in the flow of importing VMs from a data domain storage.

Mapping vNic profiles to the target ones.

The mapping of the source vNic profiles to the ones that are defined under destination DC/custer would be possible as part of the import operation.

The user would supply the desired mappings as part of the import VMs request. The mapping would look like a collection of entries, where each of the entries would consist of the following:

The mappings data would be passed as additional optional data of the existing VM import request:

Since the mappings are optional, any vNic profile that the mapping isn’t supplied for, would be mapped to a profile with the same name, if that exists, or an “empty” profile otherwise, like that’s done currently. A missing “target_network_profile” element would mean the target profile is an “empty” profile. That is useful for the case in which source profile is known to be used in a target system for something else and an alternative profile isn’t exist yet.

The engine would scan all VMs that are intended to be imported and will provide a list of network+profile that are defined on the vNics of those VMs. Then mappings could be defined (by the user) in an expandable span that would be added to the import VM dialog. Each line would represent a single mapping with the following fields: 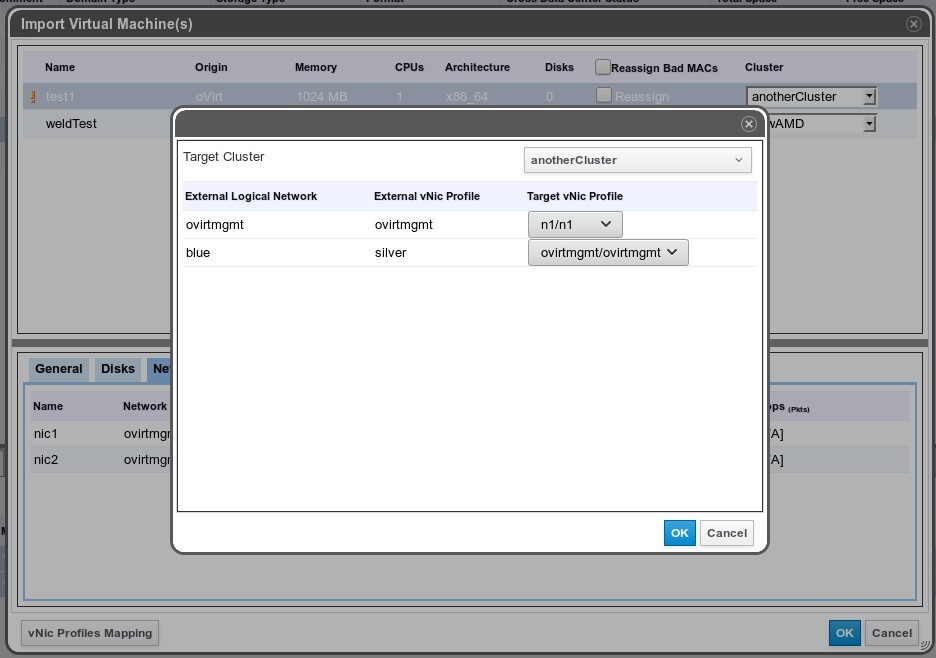 Re-assign MAC addresses for the vNics of an imported VM

The user will be able to request to re-assign a new MAC instead of the one that is problematic in the context of the target cluster. The reasons for a MAC to be problematic are:

Note that a re-assign request modifies only problematic MACs. If a VM has “good” MACs as well, they would remain.

The import VM request will have additional boolean parameter “reassign_bad_macs”. In order to keep backward compatibility the default value of the new parameter will be False.

VM with a problematic MAC would be marked by a warning triangle with an explanatory tooltip. Checking re-assign for that VM may eliminate the warning (if the warning is only due to MAC problem). 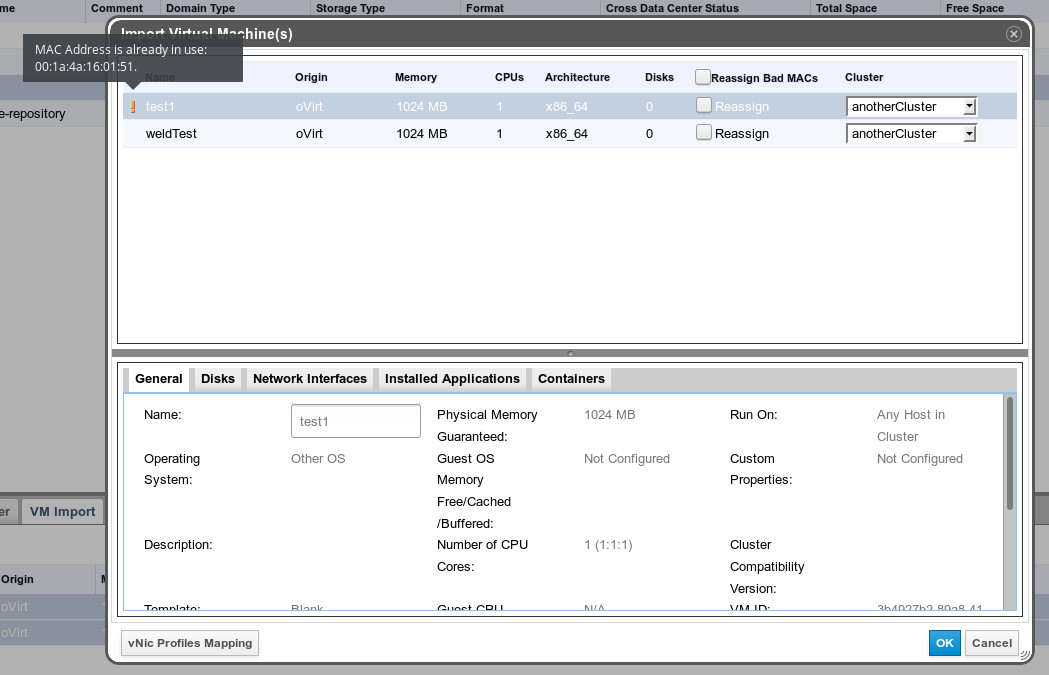 Apply the similar changes to flows importing VM from the other sources (e.g. export domain, V2V).