Define a migration network role, and use such networks to carry migration data

When Engine requests to migrate a VM from one node to another, the VM state (Bios, IO devices, RAM) is transferred over a TCP/IP connection that is opened from the source qemu process to the destination qemu. Currently, destination qemu listens for the incoming connection on the management IP address of the destination host. This has serious downsides: a “migration storm” may choke the destination’s management interface; migration is plaintext and ovirtmgmt includes Engine which sits may sit the node cluster.

With this feature, a cluster administrator may grant the “migration” role to one of the cluster networks. Engine would use that network’s IP address on the destination host when it requests a migration of a VM. With proper network setup, migration data would be separated to that network.

The migrate verb should be extended with an additional parameter, specifying the address that the remote qemu process should listen on. A new argument is to be added to the currently-defined migration arguments:

Note that the migration protocol requires Vdms-Vdsm and libvirt-libvirt communication. Both are routed over the management network even when the new dstqemu argument is used. 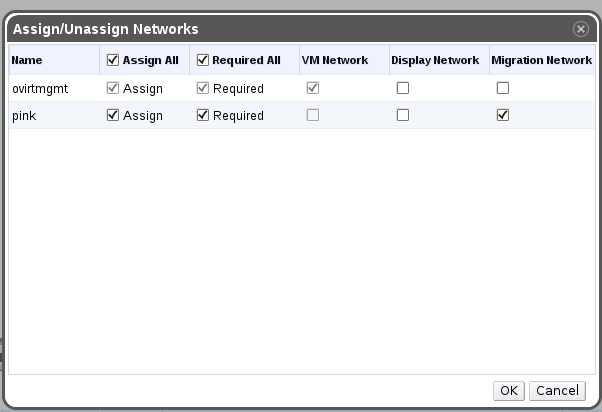 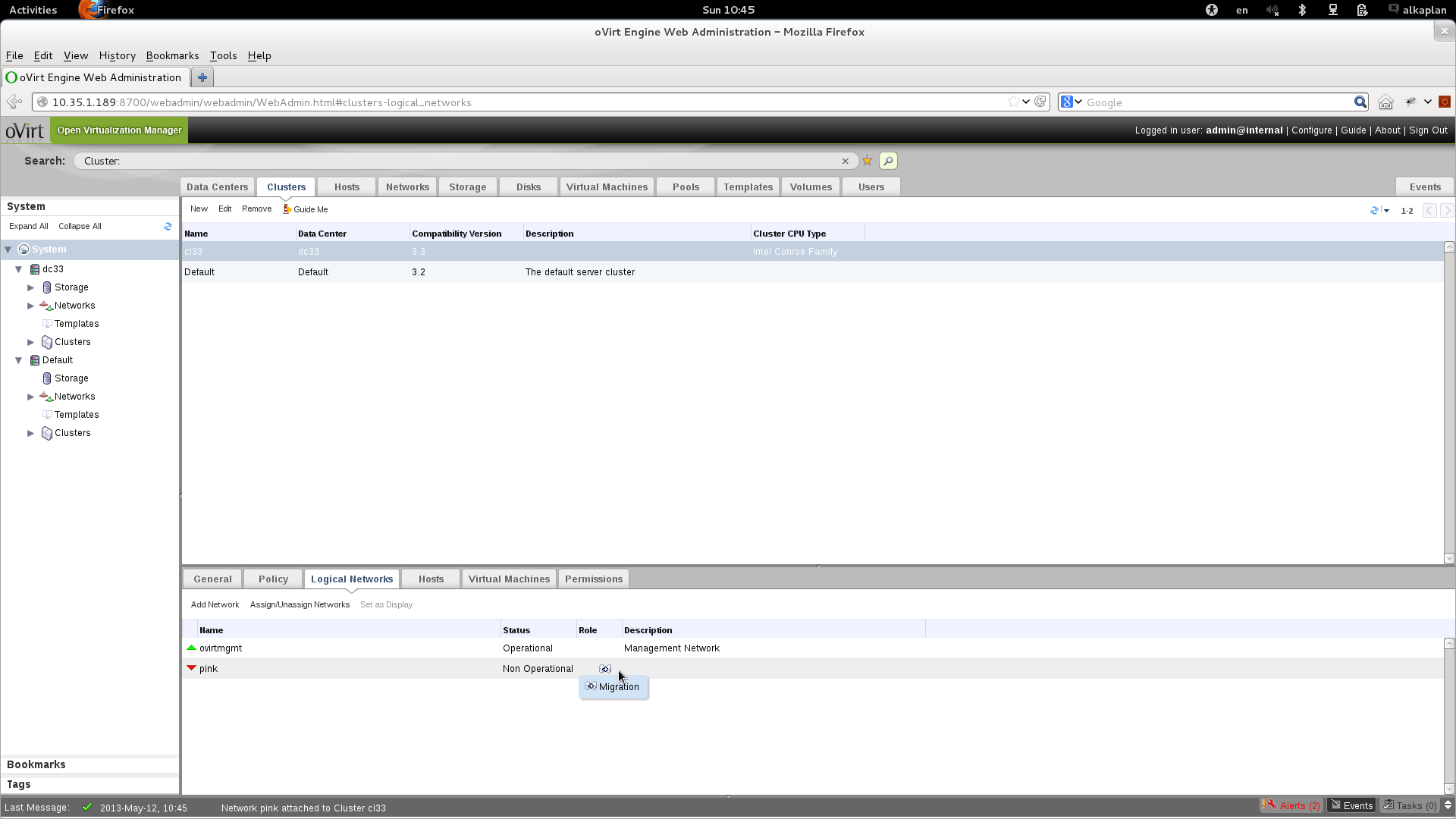 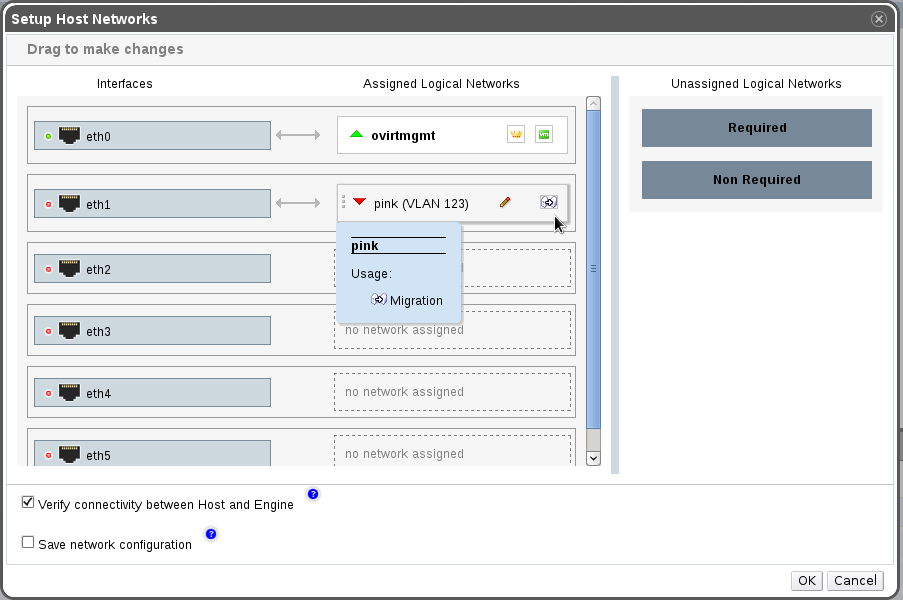 | Migrate to host without migration network (this test requires 2 hosts) | 1) Assign migration role to the network
2) Attach the network to one host (do not forget IP)
3) Migrate VMs between nodes | 1) Role assigned
2) Network attached
3) Manual migration should be possible, even if node does not have migration network (management network will be used) | | | Test for: regular network, bridgeless network, VLAN, bond |