This feature adds watchdog support to engine. The feature will be available in server VM’s and especially useful when used with high availability.

Users will be able to add watchdog cards to their virtual machines. This will be especially important for highly available servers.

This feature depends on the VDSM support for the watchdog cards (merged) The related patches:

The watchdog support on the UI will be found on the new/edit VM/template window, on the high availablity tab, since mostly you need the watchdog in HA setups. 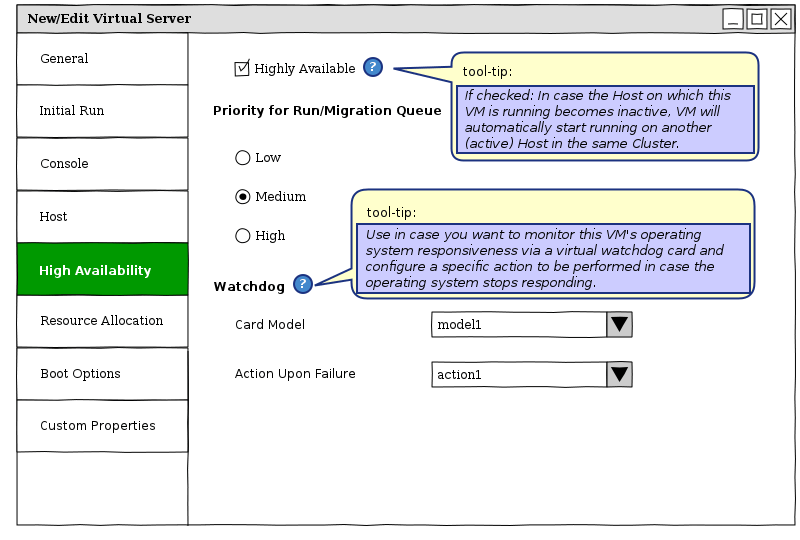 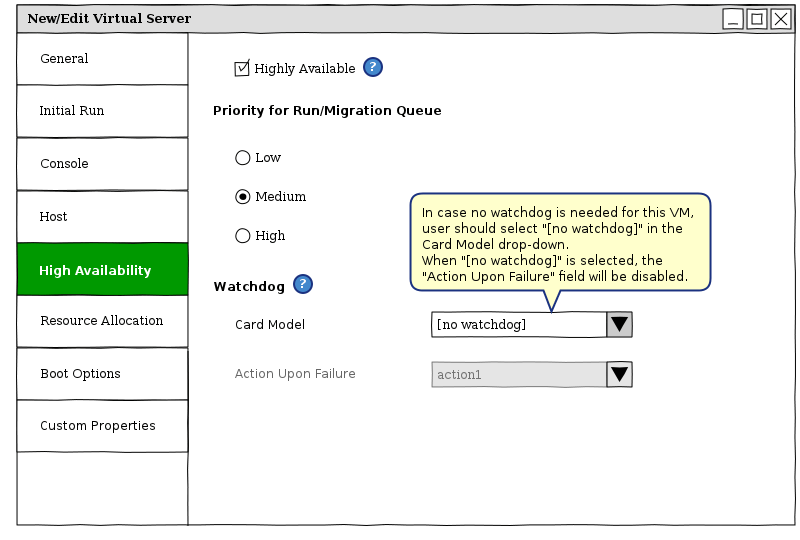 You can also find a user interface live demo on Youtube

The desktop will have the very same HA tab as the server. This is a somewhat unrelated change, but the difference between desktop and server VM’s is about to be removed.

In REST API the VM and template will get a new optional tag watchdog directly under te vm tag. Watchdog tag will have two mandatory attributes: model and action

Note here that there can be only one watchdog.

In any case when the watchdog event is triggered, users will receive a **warning** level audit log entry associated with the VM.