This feature extends the existing Import VM functionality in oVirt to support import of virtual machines from additional types of sources to oVirt.

This feature aims to introduce a general process in oVirt for import virtual machines. Import VM from Storage Domain will be just one use-case of the general process. Other use cases will now be supported:

Note: the way uploaded files will be sent - TBD

The implementation of the ‘Other use cases’ mentioned above will be based on virt-v2v[1]. virt-v2v is a versatile tool for converting virtual machines which oVirt users currently use independently to convert virtual machines from external environments to export domain. Integrating virt-v2v in oVirt will improve the import process for those use-cases:

The general process for import VM from the sources mentioned before should be:

The current import VM from export domain operation in terms of the general flow:

Import from external environments using virt-v2v in terms of the general flow:

You can import an OVA file from a live VMware data center host. Before proceeding, make sure that:

The following procedure uses ‘rhel’ as an example:

Note: Currently, oVirt can only import OVA files from a VMware host. KVM and Xen are not supported at this time.

Import specified VM in terms of the general flow:

In a common case, oVirt will reside in a different network than the one the external system, which contains the VMs that going to be imported, resides. One or more hosts in oVirt will be connected to the network of the external system for the imprort operation, so we will need to make sure the user can select those hosts as proxies for the import process.

During the configuration of import operation from external system (i.e not Storage Domain), the user will have to select a proxy host. Only host which resides in the destination Data Center and has virt-v2v installed can serve as a proxy. The request from the engine will be executed by this host. 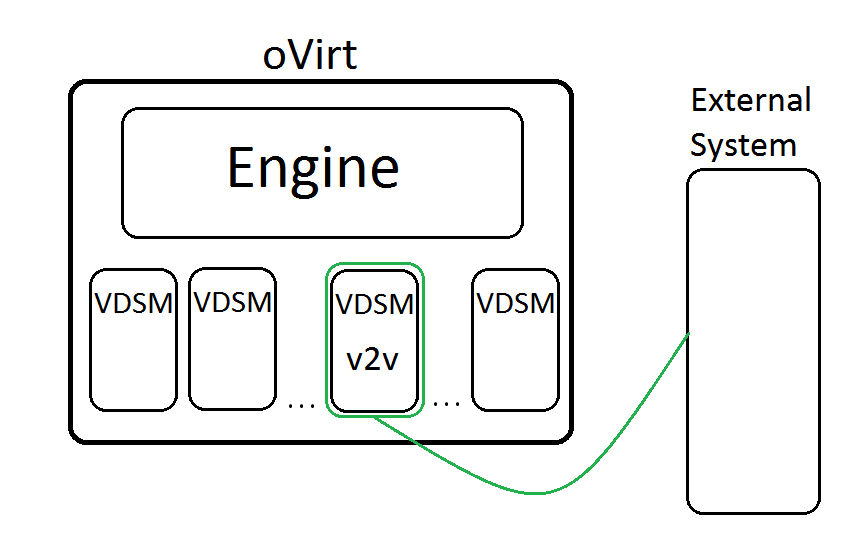 In the import configuration, users can select such an already defined provider as a source for the import operation.

This feature will make it easier to migrate virtual machines from different environments to oVirt:

No need for changes in the DB 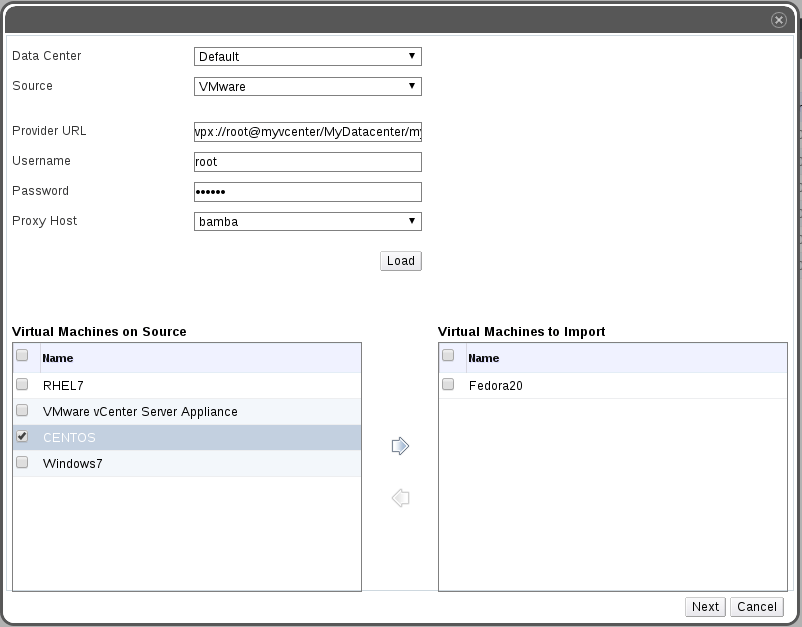 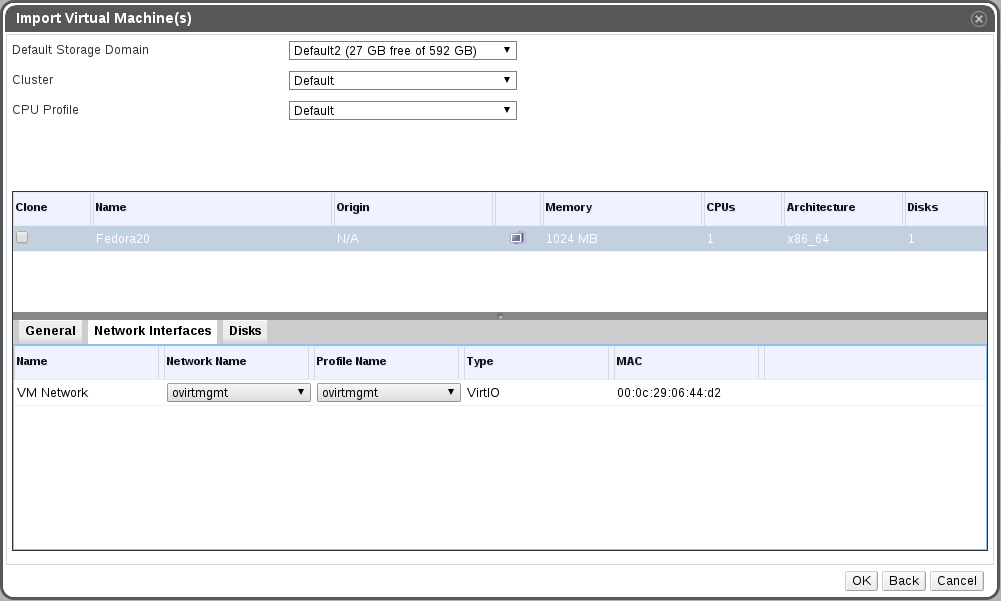 The next dialog shows a list of the selected VMs from the previous dialog with general settings such as default storage-domain and CPU profile along with a configuration per-VM (this dialog is similar to the one which is used when importing from an export-domain).

In the screenshot above the tab of network interfaces is shown. It was extended such that user can map networks from external system to networks in oVirt. TBD: editing of mac-addresses 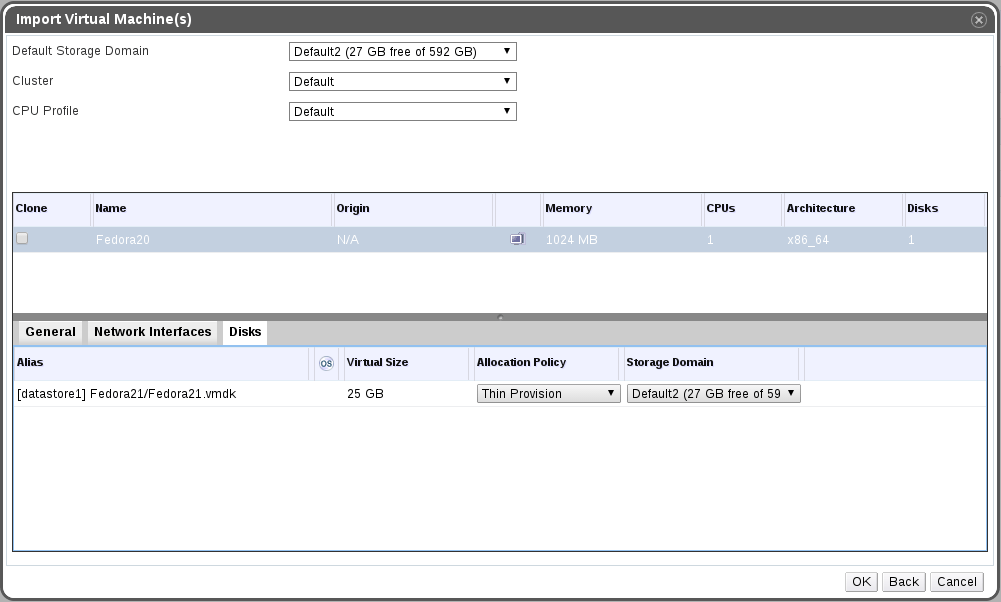 This screenshot shows the sub-tab for disks. The alias is the full-names of disks in the external system (including the name of the storage). 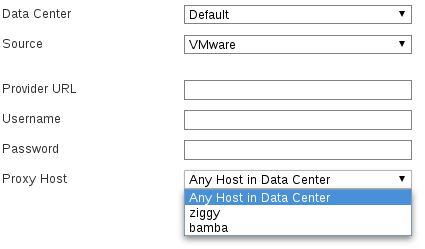 [5] Demonstration of import of Windows guest from vSphere to oVirt