This developer documentation is outdated, but provides historical context.

It is not user documentation and should not be treated as such.

The algorithm uses two major object types: Tags and Volumes. Tag is the only user facing object. They are just metadata. Tags have the following metadata:

Volumes are slabs of data and associated metadata. Volumes are accessed using a Volume ID which is unique in a repository. Volumes are simpler objects and have the following metadata

Image Repositories need to supply the abilities to handle tags and volumes. The basic interface every repository needs to implement is. All operations must be atomic!

createVolume(size, metadata) - returns an id to an already locked volume with the metadata attached. deleteVolume(volId) - deletes the specified volume.

readTag(tagId) - read the metadata stored in the specified tag. changeTag(tagId, metadata) - Change the metadata in the tag. This replaces the entire metadata with the new object.

repos might have more specialized operations but this is the bare minimum.

All high level operations must be composed out of the following more basic operations. These operations are just basic templates and don’t specify the actual content or format of the volume and assume only the most basic of functionality exists. This is a must in order to keep the higher level operations flexible.

All low level operations should be able to fail at any point and return to a consistent state without any information that is not on the domain itself. 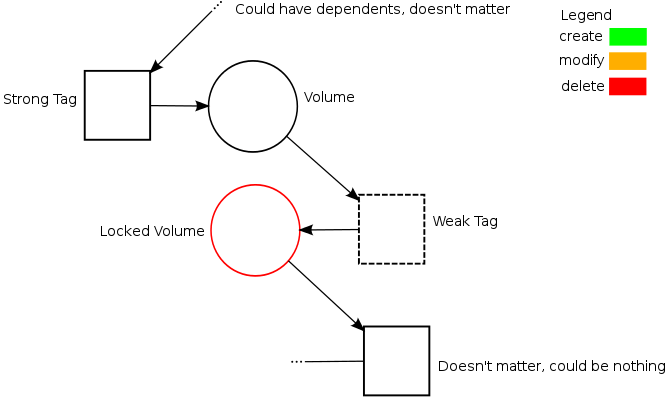 These are operations that can be used

Adds a new Tag and volume that might depend on another existing Tag and Volume pair. If the new volume has no parent assume the initial state is empty and the volume is not pointing to any tags. 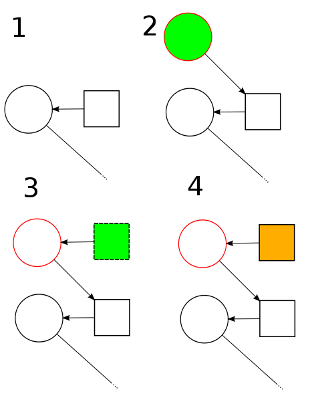 Creates a new volume and makes it the one pointed to by the existing tag and creates a new tag to point to the existing volume. This is useful for qcow2 snapshots where the new created file is actually the new head and the old file is the new “snapshot” object. 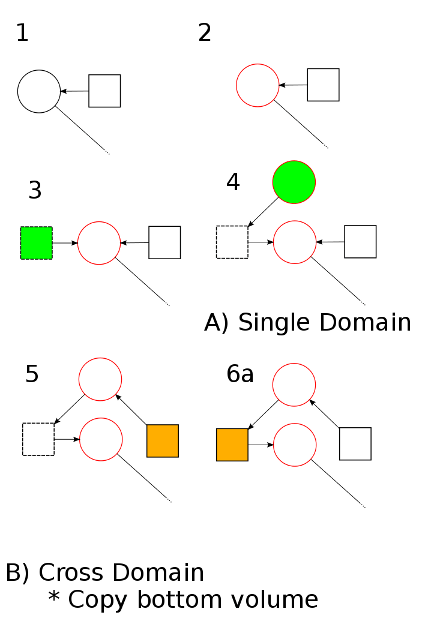 This doesn’t really delete the image but rather makes it in accessible from the outside. Whether VDSM will actually delete the bits is a while different story. 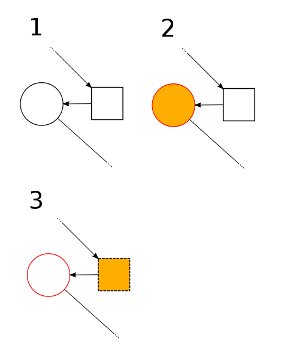 If a volume is not reference by any tag weak of strong it can be safely deleted.

If a weak tah is not referenced by any volume it can be safely assume that no one will ever use it and it can be removed.

Note that you can’t just roll to delete orphan without making sure the volume is actually and orphan now!

If a weak tag has only 1 dependent the two volumes can be merged and the tag removed. 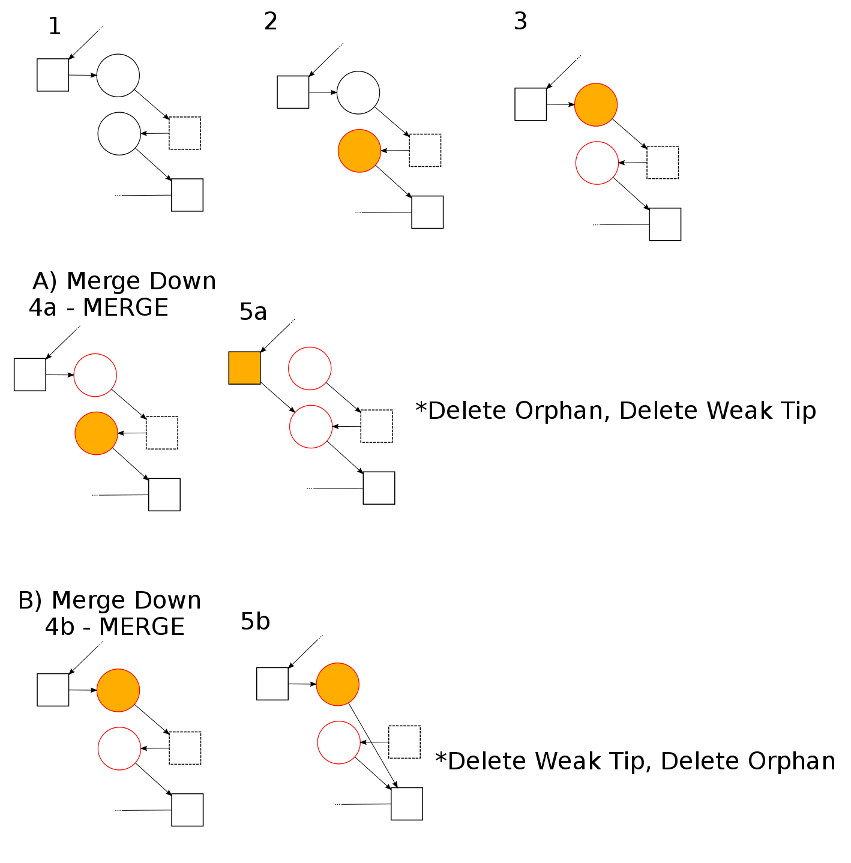 This is used to either convert or replace a volume with new data.

Sometimes the content of the volume doesn’t really depend on it’s immediate parent. This means that if the parent is weak we can just reparent to the grand parent so that the weak tag has as little of links as possible. This is preferable because the parent volume will only be deleted if no more then 1 volumes point to it’s tag.

Recovery is a per repository process. A user can run a checkRepo() command and it, in turn will return a list of problems with the current repo and FixInfo object with the data on how to fix them. The checking process doesn’t take any locks so the data it return might not be up to date. For instance it might return that a volume is orphan but that was true only because it was in a middle of a low lever operation and technically there is no nothing to fix. The use can choose to use the FixInfo objects with the fixRepo() command to apply the suggested fix.

FixInfo objects contain a field call FixType that hints to the nature of the fix.

This is helpful because if the users priority is freeing up space it could only apply “clean” fixes. If you are having spare resources in a host you can choose to run “optimize” fixes that might hog resources otherwise.

The “operation” and “parameter” fields shouldn’t be used modified or created by the user. VDSM will check those for sanity so there isn’t a risk of that corrupting the repo but the client does not have enough information at any point in order to conjure up these objects.

When running a fix VDSM will try and perform the fix. No matter if the task failed or succeeded the new sate might change the Fix so the user should recheck the repo and get new FixIno objects before retrying.

There is no “classic” recovery. VDSM will continually aspire to reach and optimized clean state. This means that if you copied an image between domains and the source domain disappeared forever. VDSM will keep reporting a “mend” Fix on the target image. In order to “cancel” the operation you need to remove the broken image. On the other hand, if the source image happens to appear after a decade. VDSM will be able to complete the task.