The shared raw disk feature enables to share disks between multiple VMs in the Data Center.

The shared disk feature should provide the ability to attach a disk to multiple VMs. It is the user’s responsibility to make sure that the VMs do not corrupt disk data. Users should be able to easily manage disks as standalone entities which are not shared between VMs (see Features/FloatingDisk), or as entities which are shared between multiple VMs, and be able to switch between the two states. This feature will enable oVirt users to more easily run external cluster applications, or shared data warehouses on VMs.

The Administrator Portal should allow the following operations:

The Power User Portal should allow the following operations:

The following UI mockups contain guidelines for the different screens and wizards: 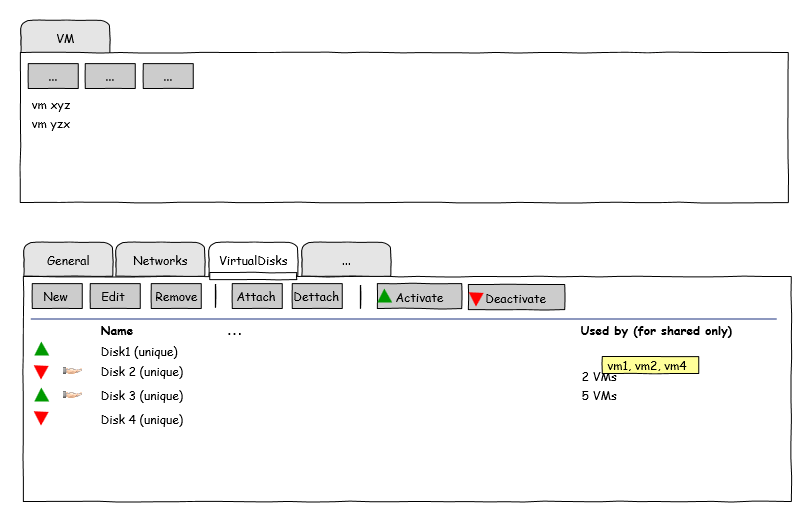 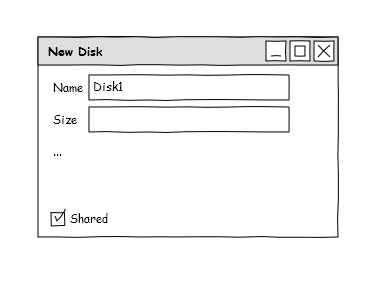 Quota has to be taken in consideration, for every new feature that will involve consumption of resources managed by it.