Snapshots overview and management in context of a storage domain.

Currently, only a VM snapshot removal is supported - i.e. removing snapshots of disks requires the removal of the entire set of disks of the VM snapshot. Hence, in order to further decouple disks snapshots from VM snapshots, this proposed feature adds a new functionality of removing disks from snapshots. The UI will expose a flattened list of disks snapshots that reside on a specific storage domain in a new sub-tab in which, the new action of removal would be available. 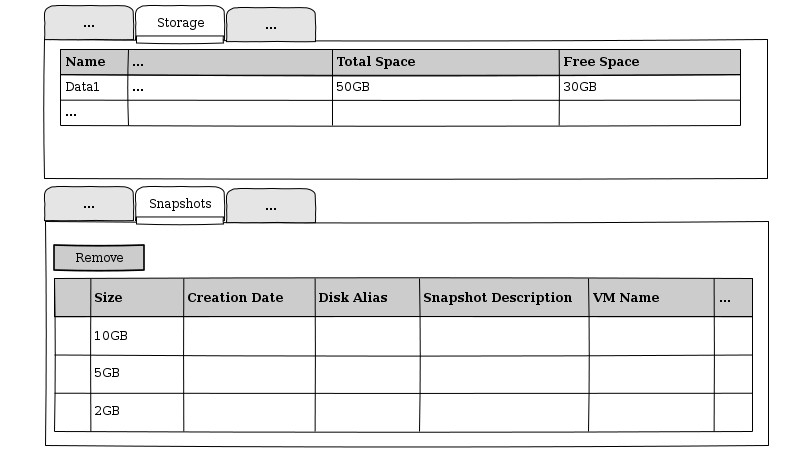 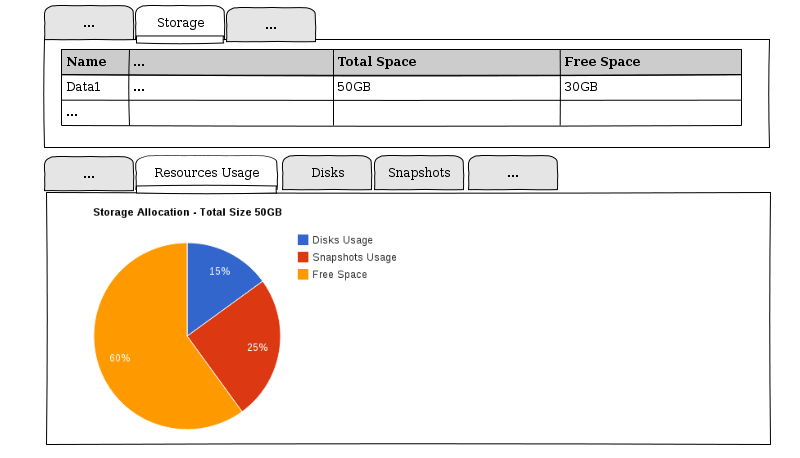 The solution is being neglected in favor of the sub-tabs concept as removing snapshot disks (merging) is a long operation; i.e. sub-tabs is the way to go when status indication is needed. Furthermore, since the interesting operation on snapshots in context of storage is merging, having a dedicate dialog seems redundant. 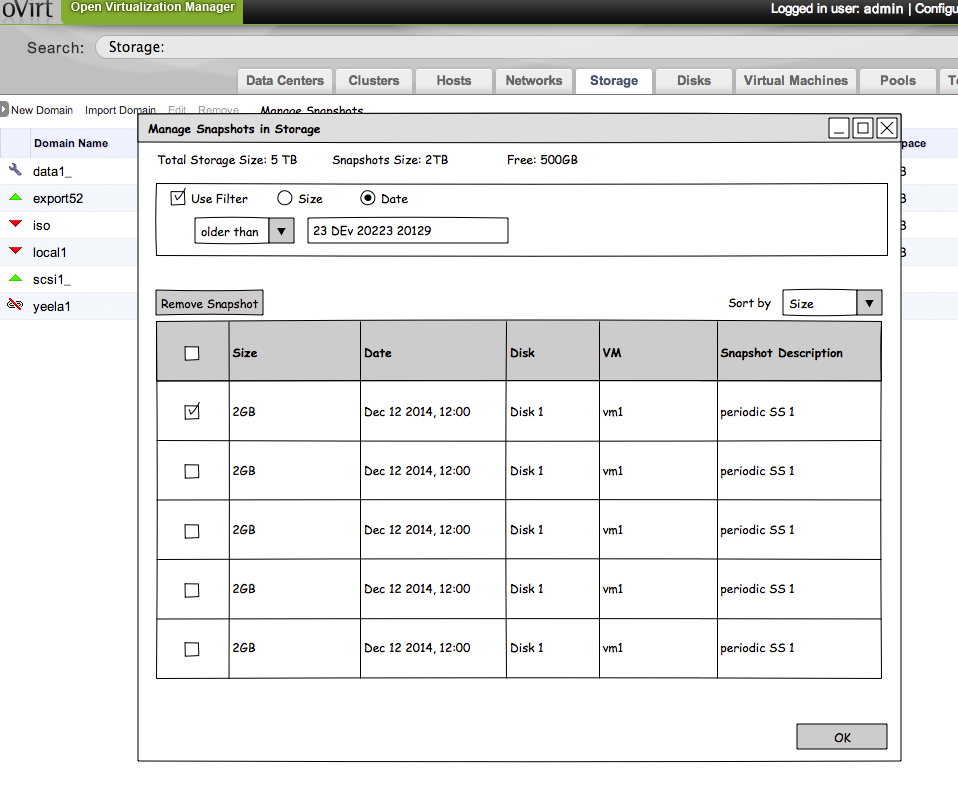 Introducing new functionality of deleting a disk from a snapshot.

Get disk snapshots by storage domain