Enhancing oVirt template model to allow for more flexible options in creating virtual machines targeted at improving self service for the private cloud use cases.

In a cloud use case the typical flow involves a user selecting the hardware configuration (for example “Small” and the image (eg. RHEL 6.3 Web server”).

The current model used by oVirt forces a user to select a template that includes both the hardware configuration and the image type.

In many cloud platforms the following concepts and terminology are used:

Instance Type (or flavor) Used to describe the hardware configuration of the virtual machines. For example “medium” including 1 virtual CPU and 4GB of memory. It will be a top-level entity (e.g. not bound to any DC/Cluster). It could be by default enabled/disabled and than this enable/disable overridden per cluster. For example an instance type named “Huge” could be by default disabled and enabled only for a one specific cluster.

Template The old template used in the oVirt until now.

VM The VM is a combination of the triple instance type, image and template (while any of this three can be empty). For details on where the specific fields will come from please see the detailed table: Instance Types Design

The following table enumerates all the fields involved and also how they are related to the entities.

This are only the default values which will be present in the GUI - the user can change them.

Simply all the disks which can be attached to the VM and also the user can create new ones. It is going to be only a shortcut to the VM->Disks subtab

Extra Instance Metadata Within the design of the instance entity we should bear in mind that in the future we may need to incorporate elements from the SLA/QoS work. None of these are appropriate for the 3.5 release. For example adding quality of service parameters. As a point of reference OpenStack includes parameters such as “rxtx quota” that allows the administrator to cap the maximum amount of network I/O permitting (for example an ISP capping a customer to 5GB). Other use cases include specifying storage I/O priorty, network capping and throttling.

The existing template mechanism can be used to handle Images.

Edit VM Based on Instance Type

This is an example of the user workflow, how the new Instance Types approach would be used.

1: Create a new Instance Type: Under the configure (top right corner) a new side tab called “Instance Types” will be present. Under that a list of instance types with new/edit/delete buttons will be present (similar to the VM dialog). By pressing a “new” or “edit” button the user will be provided by the same dialog than on new/edit VM or template (with relevant fields only). 2: Create a new Image: In the Virtual Machines main tab select a VM, than click Create Image which will extract the image and the image specific configuration (similar to current make template) 3: Create a new VM: In Virtual Machines main tab click the “New VM” button. Select the data center, cluster, instance type, image and template. Assigns the logical network to network interfaces, than click OK. 4: Run the created VM 5: Edit Instance Type (e.g. added more memory to it) 6: The change is reflected also on the VM after restarting it (but this will be implemented as a separate feature - Features/Edit Running VM)

When a virtual machine is run the complete configuration should already been constructed * The instance type is used to provide the hardware configuration for the VM.

* The operating system type and disks are taken from the Image

We should allow changing the instance type on a VM that is down * for example: changing vm from instance type ‘medium’ to ‘large’ or to ‘custom’ (which allow user editing all fields) * this sounds reasonable but there is a problem with some fields which are defined in instance-type, if we have defaults for server and desktops (clone disks vs. thin allocation), changing instance type will not take affect on this.

New permission will be needed: 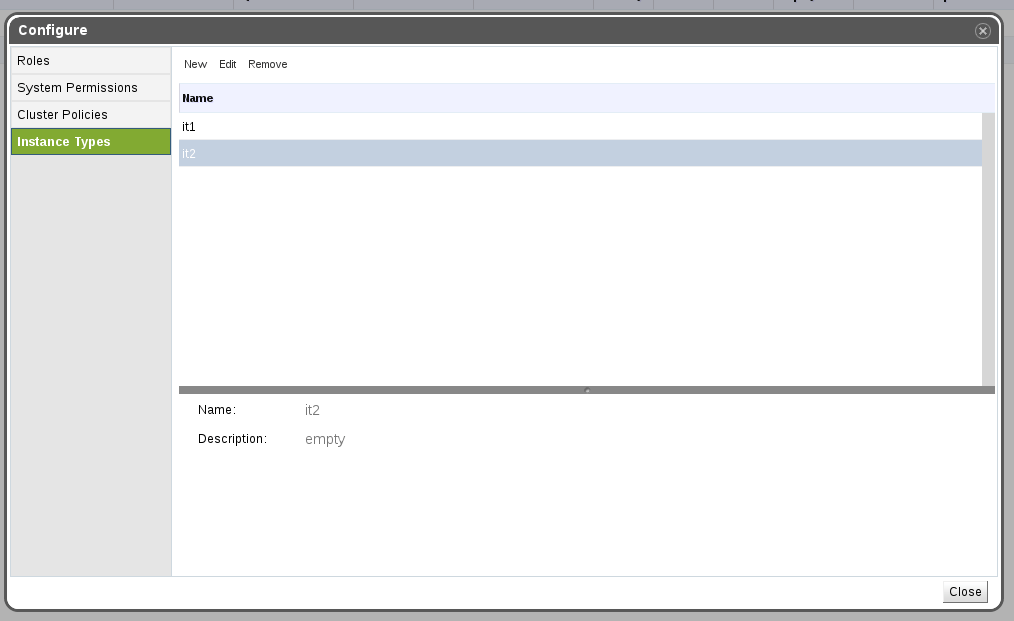 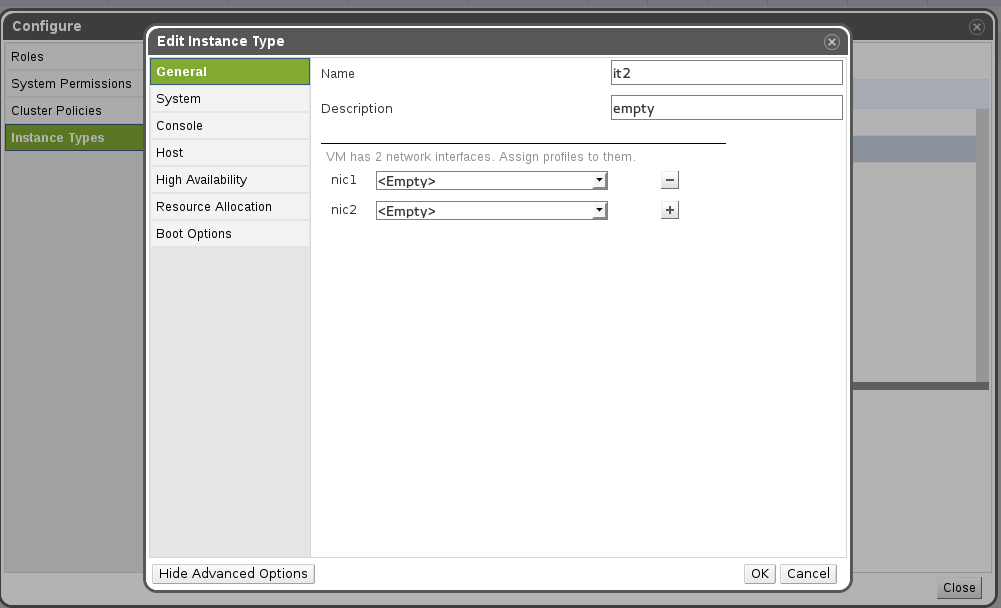 In the new/edit VM dialog a new part will be added containing the attach and create buttons. They will invoke the create/attach disk dialogs. 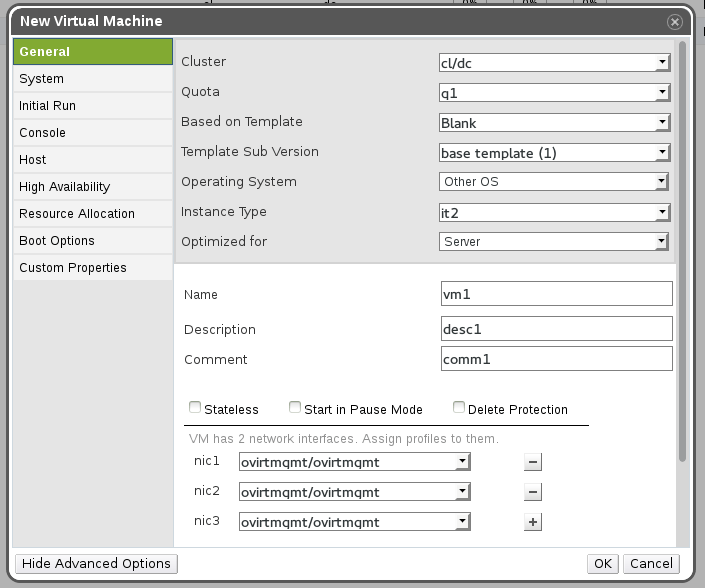 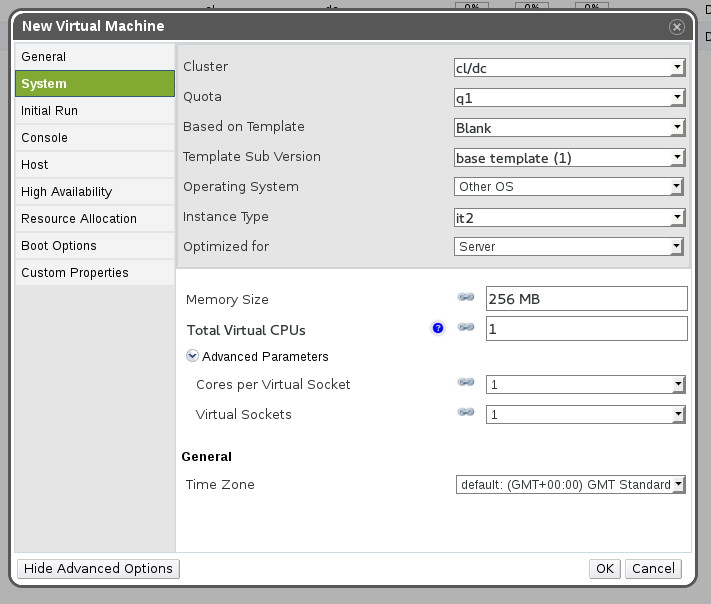 TBD as soon as the specific requirements will be clarified