Hyperconvergence is a type of infrastructure system with a software-centric architecture that tightly integrates compute, storage, networking and virtualization resources and other technologies from scratch in a commodity hardware box supported by a single vendor[1].

This feature page tracks the effort of integrating oVirt virtualization and GlusterFS storage resources in single commodity boxes that can scale horizontally.

Gluster and compute resources run on the same node as shown below. This setup requires a minimum of 3 hosts. The 3 host requirement is because all gluster volumes MUST be 3-way replica to avoid issues with storage (mainly files split-brain). Hosted engine and data storage domains are on gluster volumes created on these 3 hosts. 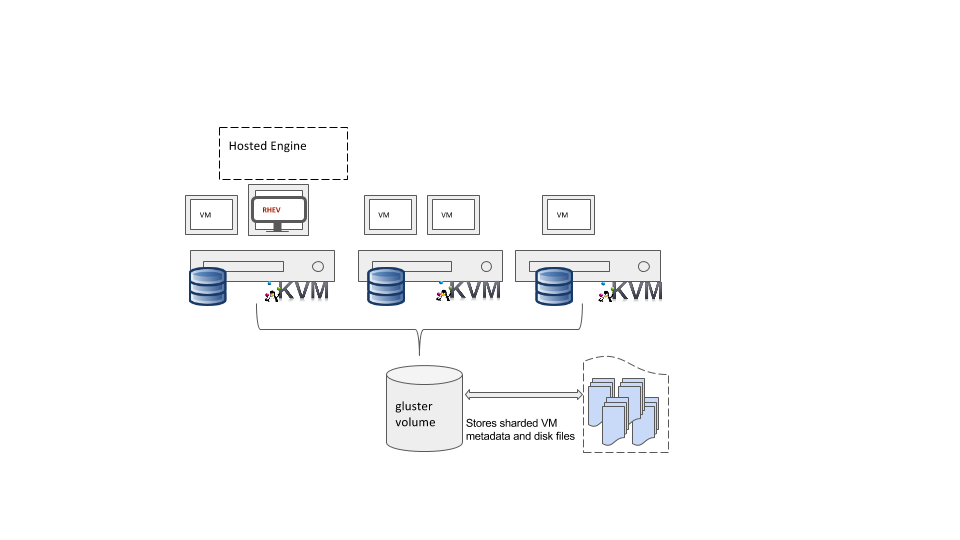 Since 3.6.7, users can set up a hyperconverged deployment using Gluster and oVirt. The steps to do this are covered in a separate blog post

Since 4.0, following features are available in oVirt